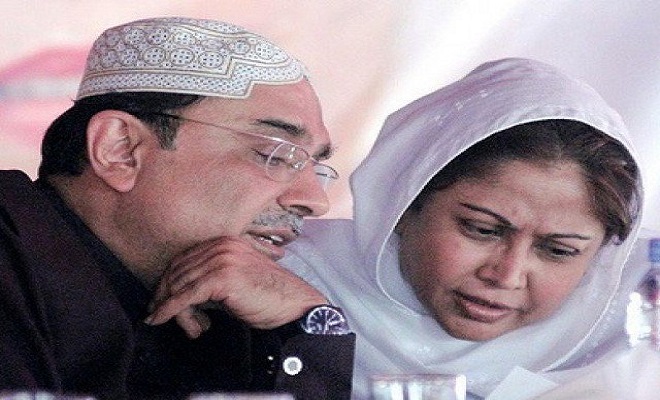 PESHAWAR: The Member Sindh Assembly and a senior Pakistan People Party leader Faryal Talpur has been arrested in money laundering case on Friday. Talpur is the sister of former president Asif Ali Zardari who is already in custody in the fake accounts case.

The high profile arrests were made by The National Accountability Bureau (NAB) after the Islamabad High Court rejected the bail plea of both the senior politicians. Both the PPP leaders have now the option to appeal before the Supreme Court.

The NAB officials said Talpur will not be shifted Talpur to NAB but her residents have been declared sub-jail where she will be in custody until the NAB officials complete their investigation and present evidence against her to the court.

The media has reported that the NAB chief has signed her arrests warrants three days ago after which the anti-corruption watchdog formed a special team for the arrest of PPP leader. The Bureau is expected to present Talpur in an accountability court on Saturday to seek her physical remand.

The IHC court had allowed the NAB to arrest Zardari and Faryal Talpur in fake accounts case for further investigation. The former president and his sister, Faryar Talpur, have denied all the charges levelled against them and alleged that NAB has been used by the government for political victimization of opposition parties leadership.

The two leaders were put under investigation after the government authority discovered a number of fake accounts registered in the manes of poor people. The NAB contends that the accounts were flooded with cash before being suddenly emptied by the powerful political figures. The Supreme Court of Pakistan had also established a commission to probe the case and found that at least $400m had passed the several thousand fake accounts.

The leadership of Pakistan people party has earlier announced that they will stage massive protests across the country if their leaders were arrested.