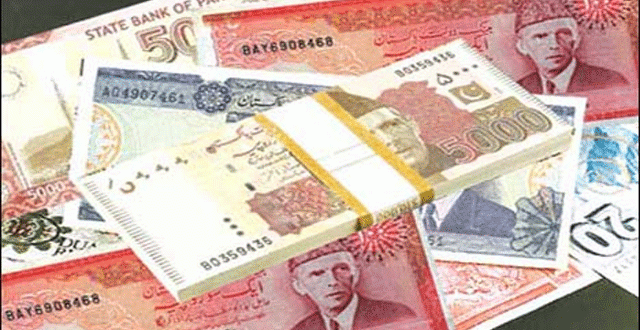 PESHAWAR: Peshawar Police on Friday nabbed a gang involved in making and supplying fake Pakistani currency notes in the market.

Senior Superintendent of Police (SSP) Operations Javed Iqbal said at a press conference that police on a tip off raided a godown on the Ring Road near Bhana Manri and recovered Rs60 million fake currency notes. He said three accused were arrested from the spot and fake currency making machine and other equipment was also seized.

One killed, another injured in Nowshera firing

Meanwhile, one person was killed and another was injured in firing over old enmity in Nowshera.

Police said a man on a motorcycle opened fire on two persons, Arshid Amin and Irfan, near the fish market leaving them critically injured. The injured persons were taken to District Headquarters Hospital where Arshad succumbed to his injuries, while Irfan was shifted to Lady Reading Hospital in Peshawar due to his critical condition.

Police has filed a case of the incident and initiated investigation.