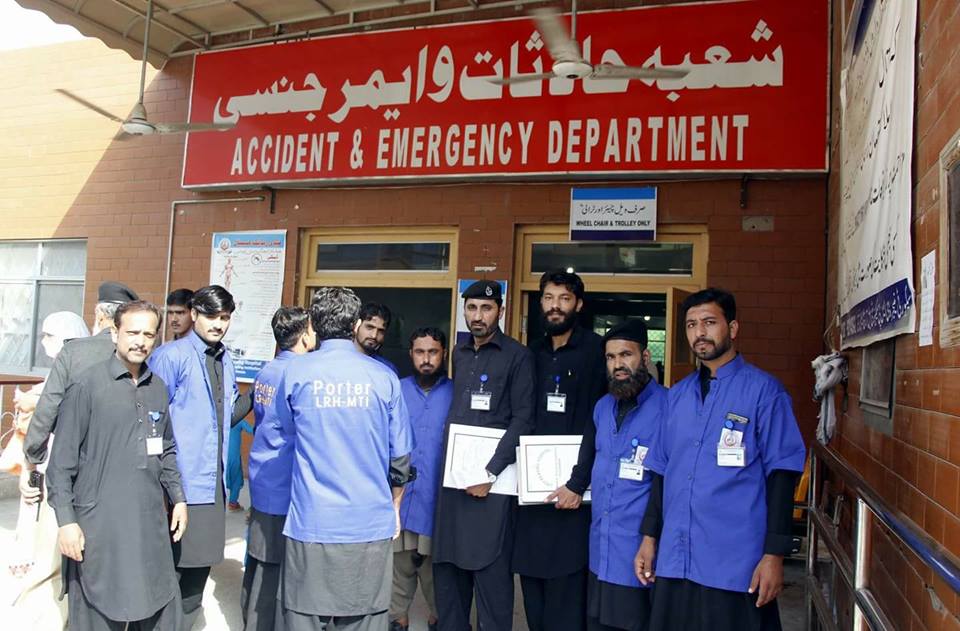 PESHAWAR, 20 October: Following the arrest of a fake doctor from the Hayatabad Medical Complex, the hospital administration on Friday announced to carry out search operation in all the doctors’ hostel to purge the premises from outsiders.

A day earlier, police arrested an imposter, Qudratullah Wazir, only after office-bearers of Young Doctors Association (YDA) complained about his doubtful activities to the hospital administration.

The fake doctor, who impersonated himself as senior Trainee Medical Officer (TMO), served in different wards of the hospital with the alleged support of Dean Faculty Dr. Noor Wazir. He was also allotted a room in the doctors’ hostel.

Hospital Director, Dr. Shahzad Akbar told media persons on Friday that an inquiry committee was constituted to probe the matter, which submitted its initial report to the administration.

Quoting the findings of the inquiry report, Dr. Akbar informed that the fake doctor worked for only three months in Hayatabad Medical Complex. He added that neither the hospital administration allowed him to work as doctor neither he drew any salary from the hospital.

Ironically, The HMC administration also gave clean chit to Dr. Noor Wazir, the Dean of Faculty, who reportedly allowed the fake doctor to work in the hospital as observer. The inquiry report said that the accused also deceived Dr. Noor Wazir and adopted delaying tactics in showing academic credentials.

Dr. Shahzad Akbar revealed that the administration is compiling lists of all the doctors enrolled in the hospital, adding a clearance operation would be started in all the doctors’ hostels.

He further said that all doctors have been asked to display their badges and identity cards while performing duties inside the hospital premises.

Some media reports said that the fake doctor was a relative of Dr. Noor Wazir as both belong to the semi tribal region of FR Bannu.

According to the certificates published on social media, the accused Qudratullah passed Secondary School Certificate (SSC) examination in 2015 from High School Ghulam Jan Baka Khel Bannu. He is also running his own clinic.