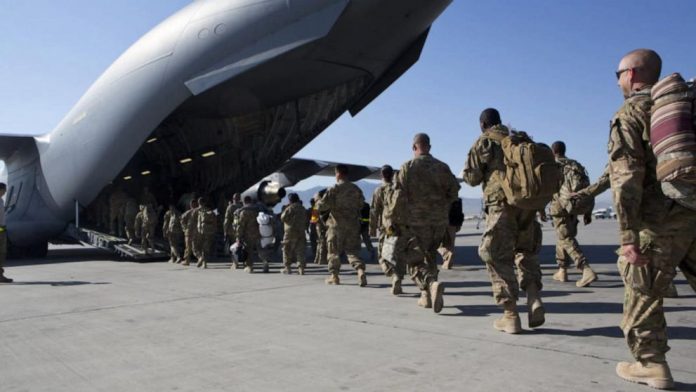 PESHAWAR: The fall of Kabul to Taliban insurgents is challenging for Pakistan in many respects. It has major repercussions for Pashtuns of the northwestern border region in particular and the whole state in general.

The ascension of the Taliban in Afghanistan is a matter of grave concern for Pashtuns nationalists including the Pashtun Tahhafuz Movement. The nationalists’ forces have called upon all the parties involved in the conflict to stop the decades’ long war and initiate negotiations for a just, comprehensive, and inclusive settlement for the future of Afghanistan.

It is a matter of fact that the Afghan National Army (ANA) had outnumbered the Taliban insurgents but war requires a well-equipped army, training, skills, maneuvers and a high level of personnel’s esprit de corps but they were far behind their opponents when it comes to these military tactics. The recent spate of audacious assaults on ANA and its lack of stick counter-insurgency offensives against the Taliban insurgents was indicative of the rapid fall of Kabul to the Taliban. The Taliban’s lack of interest and their reluctance to present a serious and meaningful plan in negotiation with the Afghan government was indicative of their resolve to take control of Afghanistan by force notwithstanding, the president Ashraf Ghani’s offer to the insurgent group if they had a desire to lead the nation by legitimate means, he, the president, would quit the office, step down from the presidency and announce immediate elections to happen. The Taliban insurgents responded that they have struggled for a ‘just system’, not for political gains.

Afghan Taliban also enjoy the backing of Islamist political parties like Jamiat Ulema-e- Islam-Fazl and Jamat-e-Islami in Pakistan. Maulana Fazlur Rahman during the July PDM rally stated that Masha Allah Taliban are making swift progress on the battlefield and they are conquering many parts of the country at a very rapid pace. The Maulana had previously been supported the Afghan Taliban against the Soviet war in Afghanistan.

Although it is widely perceived that Pashtuns support the Taliban in Afghanistan. It is not at all. Why? Following are the major reasons.

The first reason is based on human rights violations in the past; the atrocities Taliban wage, the schools, colleges, and hospitals they destroy, the public goods, property, and services such as communication facilities, roads, and other important infrastructure they demolish, ban on female education and working they imposed during their previous regime. They deprived people of their basic rights, especially women’s rights, and so on.

Secondly, the TTP is feared to start reorganizing in Pakistan. They have already made an alliance with BLA, Baluchistan Liberation Army. The recent spike in the frequency of deadly terrorist attacks including the July 14 Dasu suicide attack killing at least nine Chinese citizens is a testament. The likely rise in Taliban’s resurgence will lead to the pre-Zarb-e-Azb era, destabilizing Pakistan’s newly merged areas of northwest region and Balochistan, effecting our peace and stability, which is already deteriorating, economic activities, and social life of people.

To tackle this problem and dismantle or eliminate TTP, will need military operations like Zarb-e-Azb and Rah-e-Nijat. Military operations require tremendous resources, but Pakistan cannot bear battling terrorists, for the second time, due to poor economy and fragmented national consensus. The national consensus is of significant importance regarding it because the military establishment had declared victory over militants and Waziristan was declared as a militant free zone six years ago. It will be difficult to persuade political parties and groups for the deployment of new troops or addendum to the existing ones. If Pakistan conducted military operations, these would culminate in tribal people’s sense of being exploited.

Thirdly, now as the Taliban succeeded in toppling down the government in Kabul, it would be a significant incentive for TTP to expand their influence and regrouping. It is likely that they would target our political leadership and all those political and rights workers who opposed the Taliban insurgents. The targeted killing and assassination cases are feared to increase. Our people and army have already rendered unprecedented sacrifices and services fighting terrorists in the previous whole decade.

Lastly, the problem of refugees influx in Pakistan. We are already accommodating more than 1.4 million Afghan refugees in Pakistan, further refugees and their impact on our economy will be of grave concern.

Afghanistan is in chaos. It is too early to assume that Taliban will succeed in governing Afghanistan or face another Northern Alliance challenging their power and legitimacy. However, we continue to pray for a stable and peaceful Afghanistan.

The writer is from former FR Bannu. Currently, he is a student of BS International Relations at the University of Sargodha.

Note: The article is the writer’s own thoughts and does not necessarily reflect the policy of the TNN.