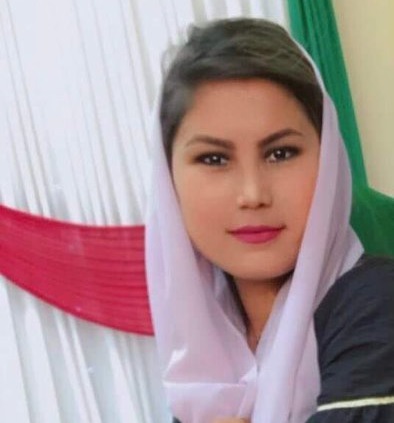 Family of young girl who was shot dead at Kabul check-post has accused Taliban of murdering her.

Tolo News quoted the family saying that the slain Zainab was returning to her home after attending a marriage, when the incident took place. They said that the Taliban forces stopped their car at check-post and opened fire on Zainab.

Besides, the family asked the Taliban to take the killers to account. Tolo News quoted the slain’s sister saying that “the bullet crossed the car and hit my sister’s heart. My sister died in my arms.”

Media reports said that Zainab was working in a bank was sole bread winner of her family. She was also likely to get married in near future.

Plight of women under Taliban

Qandi Safi, a Peshawar based Afghan national told TNN that the incident took place last night. Ms Safi said that Zainab was signaled to stop at a check post and she fled in fear and Taliban opened fire, killing her.

“Taliban have banned women from travelling alone and Zainab was murdered for the same,” she said.

She said that it was inhuman act and similar incidents were being reported from across on daily basis. “People came to know about Zainab’s murder after it was reported in media,” she said.

Ms Safi said that earlier bodies of two women who had gone missing from Mazar Sharif were found. “Besides about 40 people who took part in a protest for release of the women were picked up and sexually assaulted,” she claimed.

She said that these people were so frightened that they were unable to say a word about their plight.

She said that recently a woman who has no male relatives was coming to Pakistan. Ms Safi said since Taliban have banned women from travelling without a male relative; therefore, the woman traveled till Torkham with an unrelated male.

She questioned the silence of human rights organization over Taliban atrocities.

Spezli Zazai, another Afghan woman who came to Pakistan 10 days back said that she left after it became unbearable for her.

Ms Zazai said she had no male relatives and it really become impossible to purchase groceries. She said those who raise their voice against these excesses are suppressed. “Women make half of Afghanistan population and Taliban were trying to deprive them of their rights,” she added.

On the other hand, Zainab’s murder has also generated a social media outcry and users and posting about her murder.

“There is no one to respond…! Why she was killed?” Rohina Zaffari wrote on Twitter.

Another Twitter user Azeem Azeemi noted that, “Zainab, a girl in western Kabul was shot by Taliban last night when she was returning home from a wedding party. No one is safe here.”

“What was fault of Zainab? She was murdered without a fault in Barchi at January 13 by emirates police. How long will women sacrifices and will be punished for crime they have not done,” wrote Tahira Subhani.

Taliban promise to investigate the murder

On Taliban part, General Mubeen, spokesperson for Kabul police said that “We have asked questions about the incident. We will soon share the information with the media.”