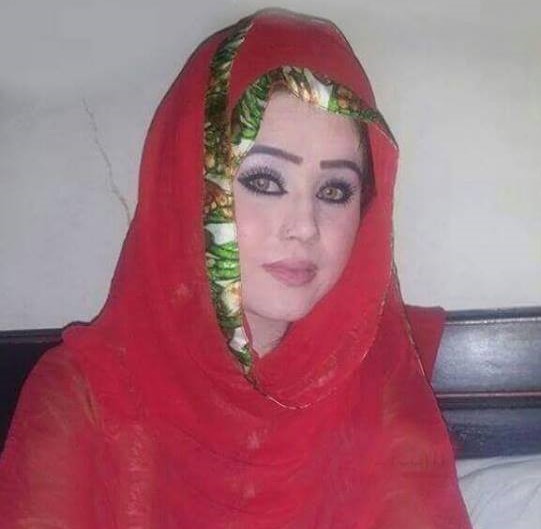 MARDAN: The family members of slain Pashto CD dramas actress Lubna have demanded the government to provide them justice and arrange a lawyer for them to pursue the case in courts.

Shabina, a sister of Lubna, who was also famous with the name of Gulalai, said while talking to TNN that there was no one in her family to pursue the case in the courts. She said she had no father or any male member of the family to lodge the case and pursue it. Shabina said the government should provide a lawyer to her as she cannot pursue the case alone.

Meanwhile, Chairman of Khyber Pakhtunkhwa Aman Jirga Syed Kamal Shah visited the residence of the bereaved family and announced to arrange a lawyer for them on behalf of the Aman Jirga.

Kamal Shah said while talking to TNN that the Aman Jirga always supported the suppressed segments against cruelty. He said Lubna was compelled to work in CD dramas as there was no one else in the family to earn livelihood and she had to support her poor family. He said the killers of Lubna are cruel people as no one in the Pakhtun society must torture women. He said the circumstances in which Lubna was killed were very unfortunate.

Syed Kamal Shah said the Aman Jirga will raise its voice at every forum for providing justice to the victim family. He said the Jirga will assist the police in its investigations to nab the culprits and award them exemplary punishment.

The body of Lubna was found in Cham Dheri area of Mardan on Thursday. She was tortured to death and her body was dumped in the jurisdiction of Chora Police Station. She left behind a two-month-old daughter and was laid to rest in Mardan on Friday.

Mardan Police has claimed arresting two suspects while the search for the third accused is underway.

District Police Officer (DPO), Mardan Sajjad Khan told media that they have registered an FIR against Fazle Malik, Nawab and Shah Hussain. he said Shah Hussain and Malik have been arrested, while the search for the third accused is underway.