MARDAN, 21 September: The family of Political Tehsildar Fawad Ali Shah, who lost his life in a bomb blast in Bajaur Agency few days ago, has called upon the government to confer civil award to him instead of giving him Shaheed Package.

Hakeem Syed Advocate, father of late Fawad Ali Shah, told TNN that his son was appointed just three and a half months ago. He said he doesn’t want to reduce honour of his son by accepting financial package over his martyrdom.

“My son performed his duties very bravely as political tehsildar and he sacrificed his life for the motherland. I am proud of my son’s sacrifice. My son deserves a gallantry award for his bravery and courage and sacrifice for the country,” he said.

Syed Hakeem said he will be proud even if his two other sons sacrifice their lives for the country.

Fawad Ali Shah got his education up to intermediate level from Mardan after which he did Bachelor’s from Islamia College Peshawar and Master’s from Quaid-i-Azam University Islamabad where he got gold medal in International Relations. 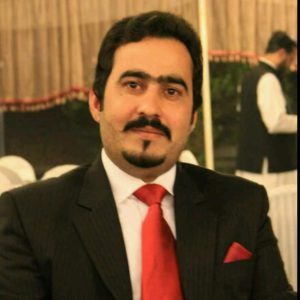 Sajjad Ahmed, childhood friend and cousin of Fawad Ali Shah, said the friends and family members were concerned over his appointment in the tribal areas due to law and order issues. However, he said, Fawad was undeterred in the face of difficult situation.

“Fawad entered marriage only six months ago. I am feeling extremely sad for his wife, parents and brothers. I am proud of my friend’s martyrdom,” he told TNN.

Kashif Ali, younger brother of Fawad, has also passed the competitive exam and hopes to serve the country like his brother. Kashif said he was also in Bajaur on the day his brother was martyred in the blast.

“I did breakfast with him in the morning after which he received information that a bomb was planted in a school. He went to defuse the bomb along with other officials but was targeted with another bomb planted on the road. I asked him to be careful when he was about to leave. He replied that a political tehsildar should not be afraid as he has to make sure that the area people remain safe,” Kashif told TNN.

Fawad Ali Shah’s cousin Syed Akbar Advocate had also lost his life in a bomb blast in Mardan Kutchery (courts) last year. Zahid, brother of Said Akbar, told TNN that the family has been shattered after the death of his brother and cousin, who was also like a brother.

“No doubt Fawad sacrificed his life for the Pakhtuns and the nation but when will our rulers wake up and take serious action to eliminate the menace of militancy. For how long the young people like Fawad die due to prevailing circumstances,” he said. 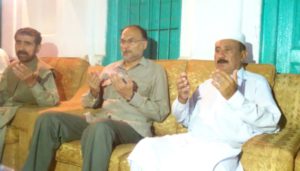 Interior Minister Ahsan Iqbal also visited the residence of late Fawad Ali Shah and expressed condolence with the bereaved family. He said he is proud of Fawad Ali Shah’s sacrifice and will recommend the government to confer gallantry award to him.