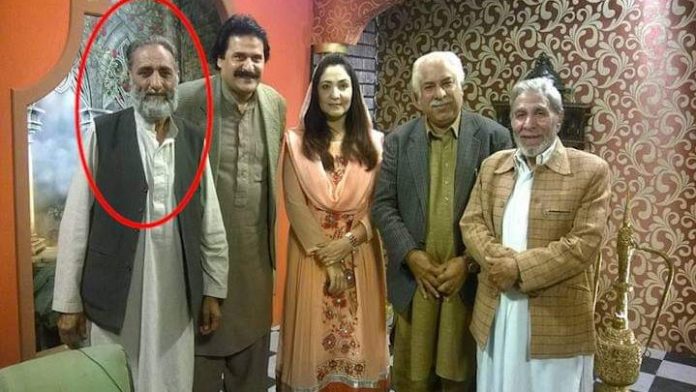 PESHAWAR: Eminent Pashto drama actor Islam Gul Lala, who was injured in a traffic accident, died on Saturday at the age of 60.

Famous Pashto actress Shazma Aleem said while talking to TNN that Islam Gul Lala was a sober and down to earth person. She said Islam Gul was a wonderful stage and TV actor and his work was greatly admired by the people. She said the presence of Islam Gul made a real difference in the dramas. She said she worked with Islam Gul in several dramas on the state-run and private television channels and had great memories with him. She said although Islam Gul has left this mortal world, but his work will always be appreciated.

“He is still alive in our hearts. His death has left a huge void,” Shazma said.

Islam Gul Lala was employed in the Peshawar Development Authority (PDA), but he was fond of Pashto dramas and he visited different areas to pursue his love for drama. His son, Israr Khan said his father left the job 22 years ago and permanently joined the field of Pashto drama

Pashto drama producer Nasir Khan told TNN that the showbiz community is extremely saddened over the death of Islam Gul Lala. He said Islam Gul was a lovable personality and he used to encourage the youngsters in the field.

“We worked together in a lot of dramas and stage shows in different cities. We used to present a skit of a doctor which was very popular with the audience. He used to play comedy and satirical roles in dramas,” Nasir Khan said.

Islam Gul, who was often confronted by economic difficulties, has left behind a widow, three sons and four daughters.