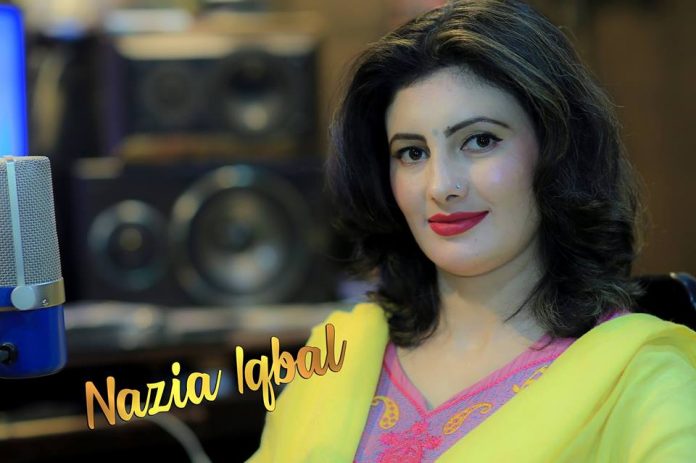 PESHAWAR: Eminent Pashto singer Nazia Iqbal has permanently shifted to London after a tragic incident with her two daughters in Pakistan last year.

In a video message along with her husband Javed Fiza from London, she said he has come live after a long time because she was busy in preparations for permanently shifting to London. She said although she has shifted abroad, but she still lives in the hearts of her fans and well-wishers. She said she will continue making good songs for her fans. She said she can never be separated from her fans.

Nazia Iqbal said she is working on some songs in London and she will release these songs soon. She said she is going for a concert and recording a short message, and promised that she will come live again soon. She thanked her fans for continuous support.

The accused, Iftikhar, is 19-year-old and he is real brother of Nazia Iqbal. Nazia Iqbal said that her husband was abroad and she had to attend different functions, therefore, she called her brother from Swat to stay at her home in Rawalpindi. However, her brother, instead of looking after his nieces, subjected them to sexual abuse repeatedly and threatened them of killing them if they revealed anything. Police conducted medical tests of the girls after which it was confirmed that they were subjected to sexual abuse.

In March this year, a court in Rawalpindi awarded death sentence to Iftikhar on two counts and fine of Rs600,000.