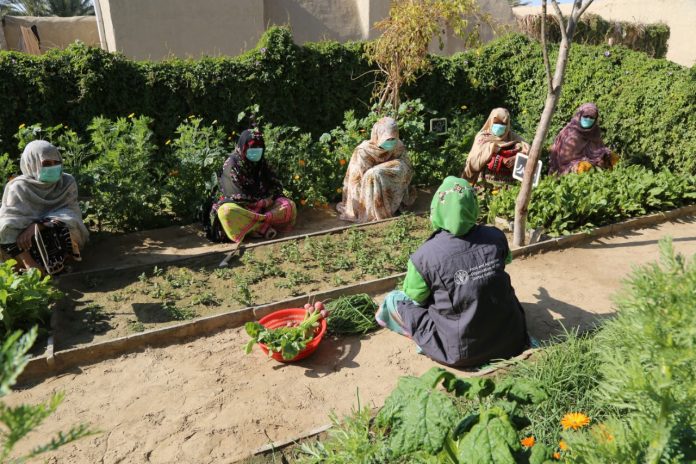 While speaking at the inauguration ceremony, FAO Representative in Pakistan a.i. Ms. Rebekah Bell said that these water facilities are the integral part of the Integrated Household Food Systems (IHFS), this also includes kitchen gardening, homestead poultry production and homestead dairy production. These IHFS are serving as nutrition education intervention, which are especially designed for the pregnant and/or lactating women and will help tackle child stunting and wasting through nutrition sensitive agriculture interventions.

She further said that contribution of women to agricultural development should be maximized by implementing solutions to the specific social, economic, legal and cultural problems they encounter, attention should be paid to strengthen the economic dimension of women’s work in rural areas. FAO is playing a significant role to promote gender equality and elimination of all forms of discrimination against women, she said.

The Minister for Livestock and Environment, Mr. Mitta Khan Kakar appreciated the efforts of  FAO in providing guidance and support to the communities for the upscaling of proper nutrition education and awareness at all levels. He said that this particular intervention will also provide a source of clean drinking water and will decrease the burden of rural women who fetch water from far-flung areas. He further stated that the government of Balochistan is committed to invest on economic and social empowerment of women and ensures their rights in decision-making, access to resources and equal participation in employment opportunities.