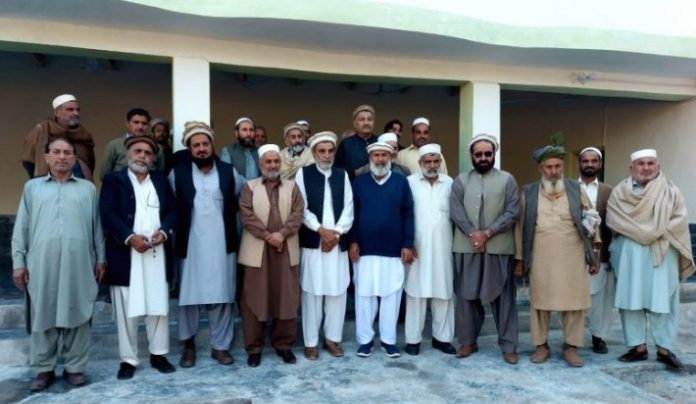 Local bodies’ polls in 17 districts of the province are scheduled for December 19.

On Saturday, jirga arranged a gathering a local’s hujra in Jamrud area of Khyber district to formally launch the anti-polls campaign.

He said that region was merged with KP without its people consent, which was unconstitutional and illegal.

The jirga elders at this occasion said that LB polls also meet the same fate as the elections for provincial assembly seats, which was a failure.

They said that the campaign has simultaneously launched in Mohmand, Khyber and Bajaur districts. “The campaign is aimed at telling tribesmen that they honor and dignity lies in tribal system,” they said.

They said that the merger posed threats to their honor and dignity.

The jirga elders said that following the merger even their women were ending up in jails. “We are not ready to accept this at any price,” they said.

They said that it has been more than two years since the elections for provincial assembly. However, the elders said that lawmakers failed to achieve anything in two years.

They questioned in such a situation what local bodies polls were likely to achieve. “Local bodies polls are conspiracy against tribesmen and to strengthen the merger which we are not ready to allow,” they added.