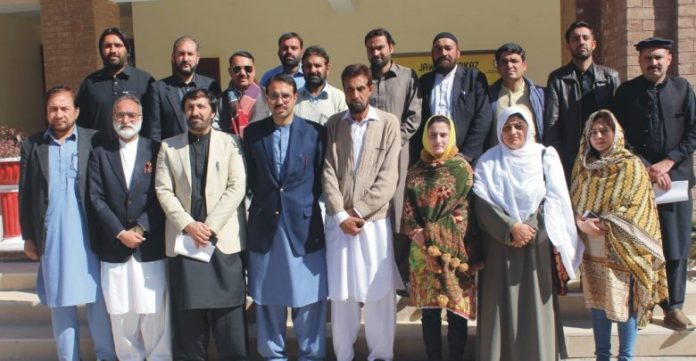 They asked the government that the youth of tribal districts and the affiliated Frontier Region should not be deprived of their sports activities as they’ve already passed through very tragic times. The participants of the meeting said that the tribal youth should be provided maximum facilities including playgrounds so that they can take part in positive activities.

The participants maintained that only positive sporting activities can prevent the youth from falling into the hands of criminals and other evil-minded people who have destroyed the peace of the tribal area for the last several decades.

The participants of the meeting slammed the officials for their proposal of merging the FATA and provincial Olympic association. They expressed the fear that if they both the association was merged, the tribal districts will be deprived of even the present sports facilities. The maintained that one provincial association will not able to focus on the whole province including its never merged districts.

“It is due to the sporting activities conducted by the FATA Olympic association that there has been a positive change in the minds of our youth,” claimed Shahid Khan Shinwari, who is the head of the association. “Unlike the past, when the youth were found of Kalashnikov culture, they are now busy in sports grounds.” He added that they have explored all new talent in Hockey, cricket, Gymnastic, Archery, Baseball who are not serving the country at international level. Shahid Shinwari said that it is despite meagre resources, they have played a very important role.  They maintained that they will never allow the authorities to dissolve of FATA Olympic association as the area peace is connected with it.