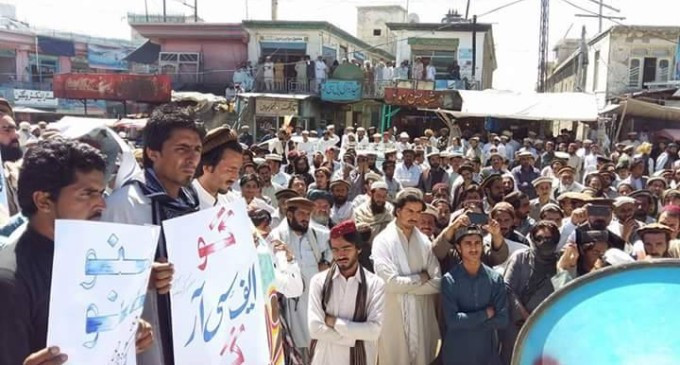 PESHAWAR, 7 October: The people of different parts of FATA living in Islamabad and Rawalpindi staged a rally in favour of FATA reforms in the federal capital on Friday night.

Participants of the rally said they don’t want their coming generations to live under the black law of Frontier Crimes Regulation (FCR). They said they will also participate in the massive protest in Islamabad on 9 October for reforms in the tribal areas.

“Why the FATA parliamentarians are sticking to their seats if they cannot do legislation in the National Assembly. It seems the seat is more important to them than abolition of FCR. They would have preferred abolition of FCR instead of their election campaigns if they were true representative of the FATA people,” a participant of the rally said.

The meeting finalised strategy for making the sit-in successful and also formed different committees for this purpose.