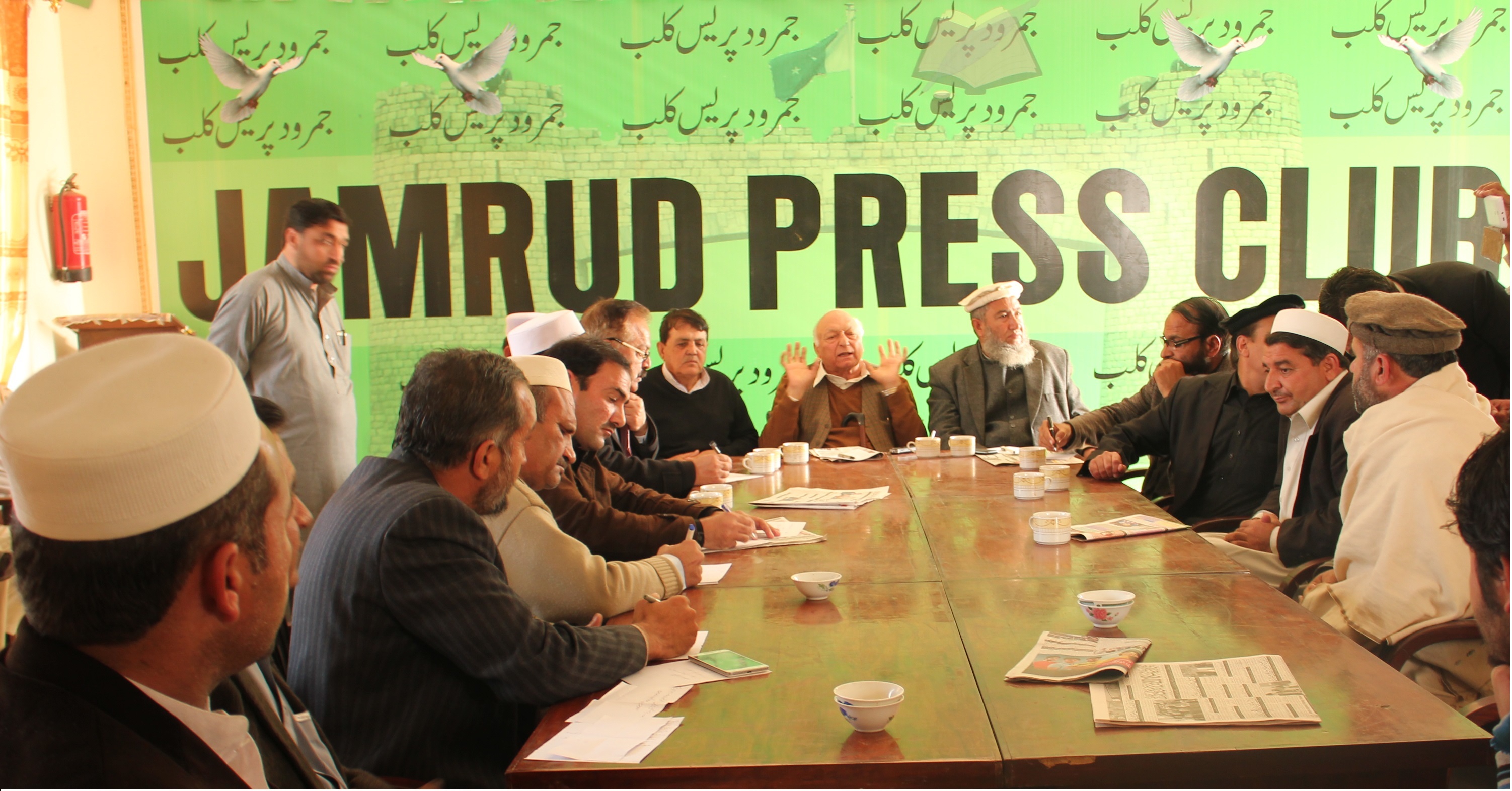 JAMRUD, 05 January: The Khyber Agency chapter of the Fata Political Alliance held a consultative meeting here at the Jamrud Press Club on Tuesday.
The meeting was chaired by noted lawyer and former member National Assembly Abdul Latif Afridi and was attended by representatives from different political parties.
The meeting unanimously resolved to continue struggle for the abolishment of FCR and merger of the Fata into Khyber Pakhtunkhwa province.
They demanded of the government to repeal FCR without wasting further time and announced merger of Fata into KP.
The alliance leaders also expressed resentment for being not consulted by the reforms committee constituted by the federal government.
Advocating merger of Fata into KP province Abdul Latif Afridi said majority of problems of the tribesmen would resolve if the FCR is repealed and Fata is merged into Khyber Pakhtunkhwa.
“The people of Fata will get access to the judicial system. They will get access to the High Court and Supreme Court. They will get colleges, universities and other facilities,” Latif Afridi said.
It merits a mention here that the Sartaj Aziz-led reforms committee had visited Bajaur and Mohmand Agencies and will likely to visit Khyber Agency in the next few days.