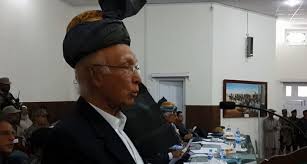 PESHAWAR, 21 August: The FATA Reforms Committee in its final recommendations to Prime Minister Nawaz Sharif has proposed merger of the tribal areas with Khyber Pakhtunkhwa.

The committee said the establishment of a separate council in FATA on the pattern of Gilgit-Baltistan may be risky. It recommended that Article 247 of the Constitution should be amended and the FATA people should be given access to the higher judiciary. It also proposed amendments in the ‘cruel’ clauses of the Frontier Crimes Regulation (FCR) including the collective responsibility clause.

The committee said in its report that the governor should launch a 10-year development programme in FATA and complete the process of repatriation of internally displaced persons (IDPs) by the end of this year. It also recommended local government polls in FATA next year and appointment of 20,000 more Levies and Khassadar personnel to improve law and order.

A proposal was also made to bring all the property of FATA under the land record.

The prime minister set up a committee headed by his adviser Sartaj Aziz in 2015 to recommend reforms in FATA. The committee members have presented their report after visits to all the tribal regions and consultations with stakeholders.