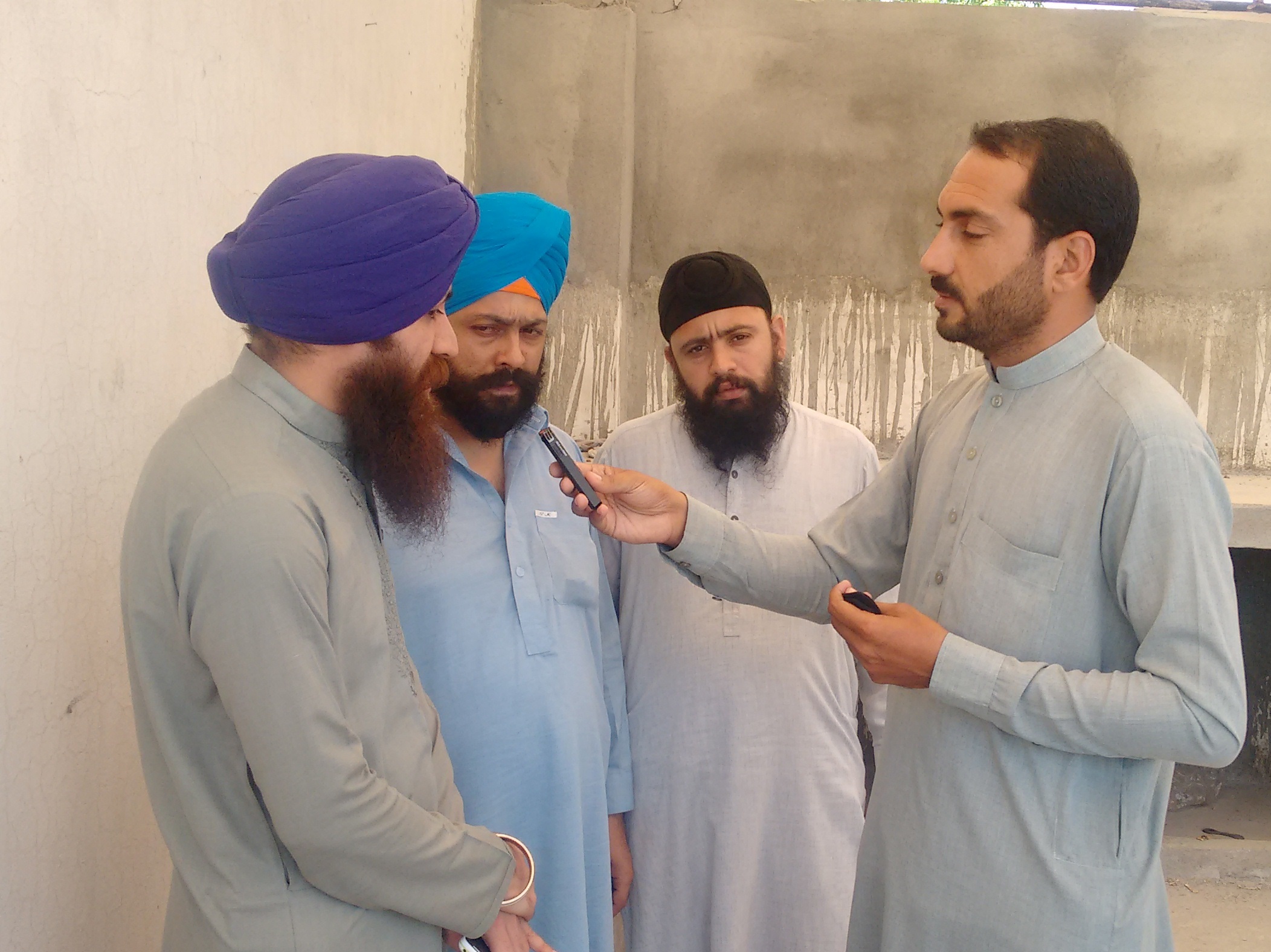 Discourse on FATA’s administrative reforms is not demographically representative of minority groups.

The Federally Administered Tribal Areas (FATA) is a Muslim-majority region. An approximate number of 30,000 Hindus, Christians and Sikhs have been living alongside Muslims in FATA for many decades. These religious minorities get equally affected by issues of the tribal regions as the Muslim populace in the area. While there have been cases where elders from the Sikh and Christian communities are nominated as chieftains (Maliks) who may benefit from the same privileges as their Muslim counterparts, they have little political representation in the region.

Discussions on administrative reforms for the tribal people, as well as meetings with FATA Reforms Committee members have been underway for the past few months. Living in Peshawar and other parts of the country since they were displaced by militancy and military operations from FATA, members of minority groups claim not to have been consulted by government and political officials in the discourse affecting their region’s future. Ignored, they want to be heard in the reforms process.

Megroshan Lal, a member of Hindu community in Orakzai Agency, said the Frontier Crime Regulations (FCR) law affects minorities just as much as other people it does the majority. 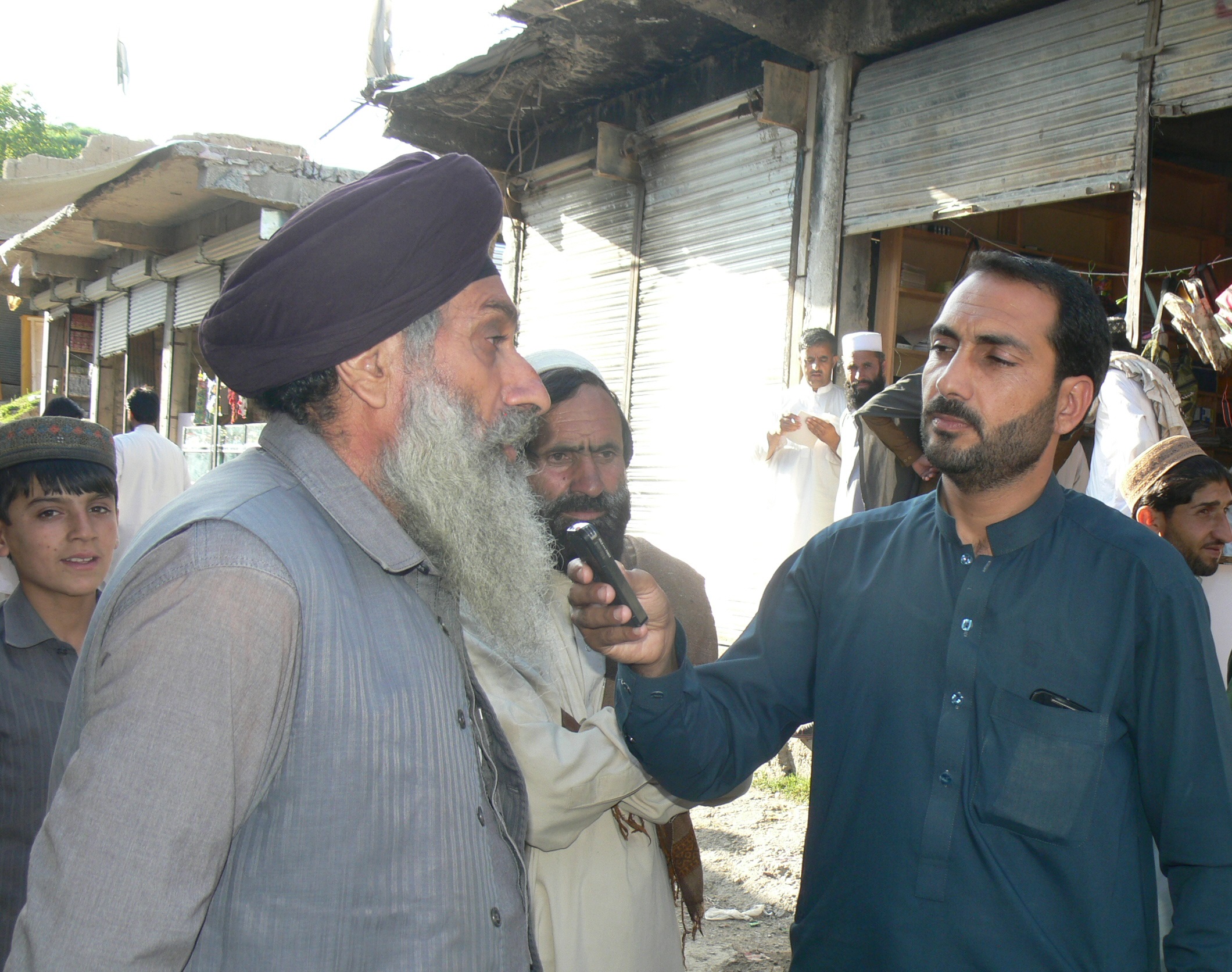 Gorpal Singh from the Malikdinkhel tribe of Khyber Agency, said that there are about 6,500 Sikhs living in FATA, who should also be consulted over the reforms. He said People from minority communities have always been ignored in FATA. Recently, a few members of our community have been appointed as Maliks for the first time in 69 years, since the creation of Pakistan.

“So now we face lesser difficulties in visiting the governor’s office and other officials, though we still face difficulties at the Khyber House to meet a political agent or their assistant.” he said and added  “I went to Bara sub division in Khyber Agency for issuance of my identity card, and did not know details of my tribe. Some officials there demanded Rs3,000 for just one signature! I realised I am facing so many difficulties while being a literate person, how will the uneducated people fare? Even though eight members from our community have been appointed as Maliks, they are not awarded the same privileges as the other Maliks.”

Malik Palandar Singh, a resident of Kamarkhel area in Bara, said minorities share the happiness and sorrows of the FATA people equally. He said the minority community will get affected equally by any decision on the FCR. “Our problems are the same as we are brothers. The FCR law should be abolished and FATA should be merged with Khyber Pakhtunkhwa or given status of a separate province. This will promote education, business activity and resolve other issues,” he suggested. Pitras Masih, leader of Christian community in Parachinar, told TNN that though they have been in this area since the days of the British rule, their views on FATA’s administrative system have not been sought yet.

Parveen Sardar, a Christian woman from Kurram Agency, told TNN that she doesn’t know about the reforms process, and only wants release of her pension which was halted for unknown reasons. “No one is concerned about our plight, and we have no information about the state of affairs. I am a widow and my pension is blocked which is causing me extreme stress. We are also citizens of Pakistan – our concerns should also be addressed,” she said.

Another person from Kurram said the future of FATA should be decided according to the will of people: “Abolishment of FCR will certainly bring positive change to our lives. Political change can occur in FATA only when our grievances reach the higher authorities. Currently no one hears our grievances,” he said.

Kurram’s Hindu community have the same grievances.  Hukam Das said that Hindus are yet be recognized as FATA citizens. “We are living an unregistered life here. Once we either attain the status of a Malik or employment in Levies, will we consider ourselves as equal citizens,” he said. 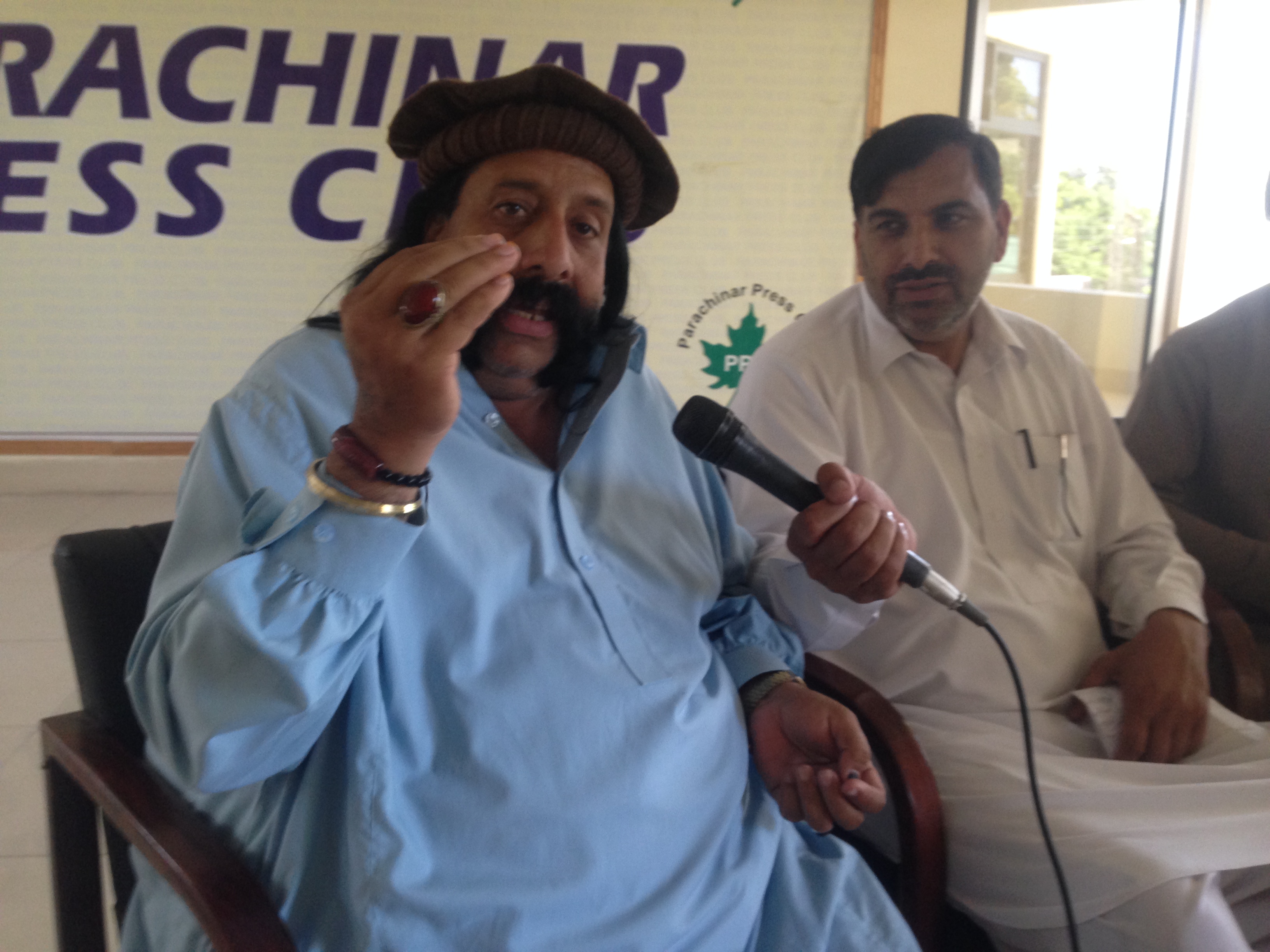 About 350 Hindus and Christians families live in North Waziristan Agency. Khalid Iqbal Masih, leader of the Christian community, has been living in Hassan Abdal (Punjab) for ten years since being displaced from the Agency because of the poor law and order situation.

He said “I was health practitioner in Miranshah. The people of FATA want development and progress, but the FCR is a main obstacle to this. As a Waziristani, I reject the draconian law of FCR under which tribal people are treated so condescendingly. The current governance in FATA serves the mighty and subjugates the poor. We cannot even raise our voice for our rights or approach the Supreme Court for grievances.” He further added minorities should also be asked about their problems, aspirations and priorities.”The administration often ignores us in important Jirgas (council meetings). We want permanent membership in the consultative Jirgas of FATA. Politicians seek votes from us in the election, but don’t give us our rights,” he said.

Khalid Masih said minorities cannot even purchase or own land in Waziristan.“We live in Rawalpindi, Dera Ismail Khan, Kohat, other regions of Khyber Pakhtunkhwa, and in Punjab after displacement from Waziristan. It takes a lot of money to live in displacement. I am a Waziristani and my aspirations are the same as any other Waziristani. My grandfather was born in Waziristan and died there also. Waziristan is our homeland and we cannot be separated from it. Minorities have been living in Waziristan since even before the creation of Pakistan. There are still some people in the region who enjoy governmental privileges and dis-include minorities from job quotas. This disappoints me heavily.” he said. 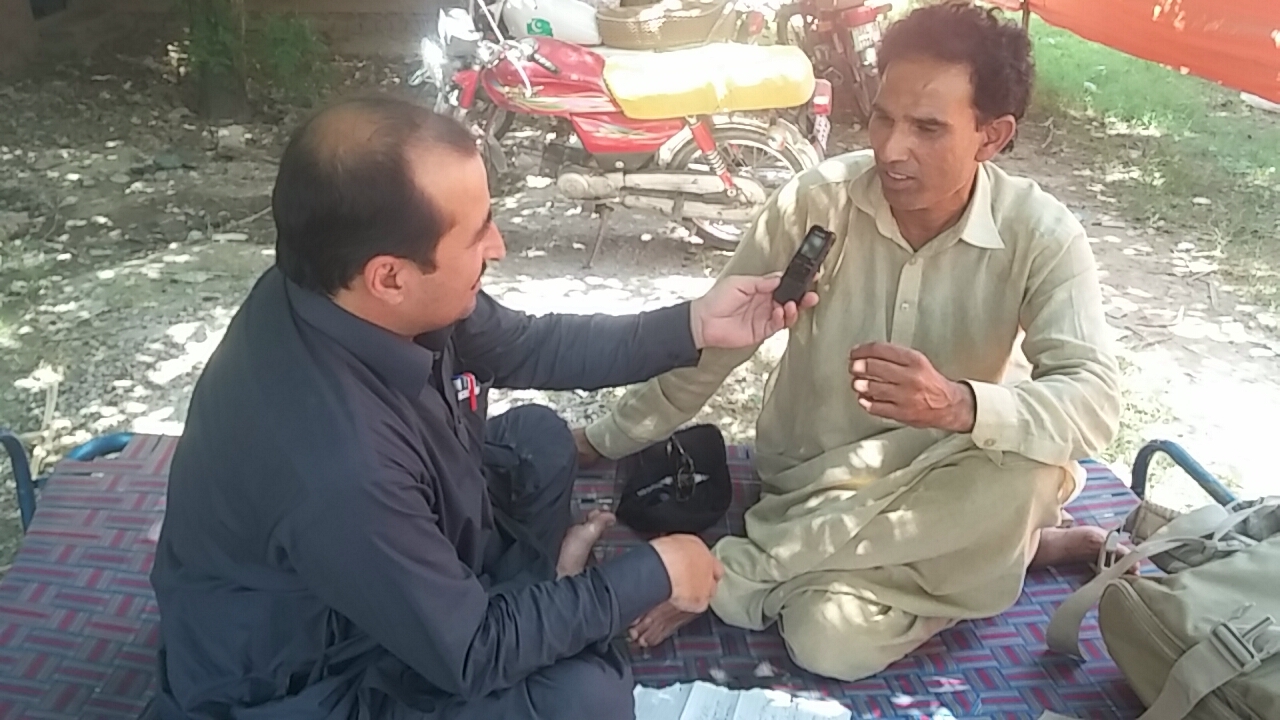 Almost all political parties have been actively involved since the discussions on reforms began, and none of them have yet come forward with reforms packages for minorities.

Former Member of National Assembly from Bajaur Agency, and Jamaat-e-Islami leader Sahibzada Haroon Rashid, said his party’s efforts are not limited towards serving the people of a particular demographic. “The minorities will also benefit from reforms, just like other 10 million people of the tribal areas,” he said.

Bazaar Gul Afridi is a leader of FATA Grand Alliance, a group that actively supports FATA independent status. He said members from minorities are invited to all their meetings, though it is difficult to establish contact with them as most now live as Internally Displaced Persons (IDPs) outside of FATA. “Leaders from minority communities attend most of our meetings. We visited Tirah valley of Khyber Agency recently where we consulted them on reforms in tribal areas. We contact minority members who have returned to FATA for consultation. However, I do admit that they are under-represented,” Mr Afridi said. 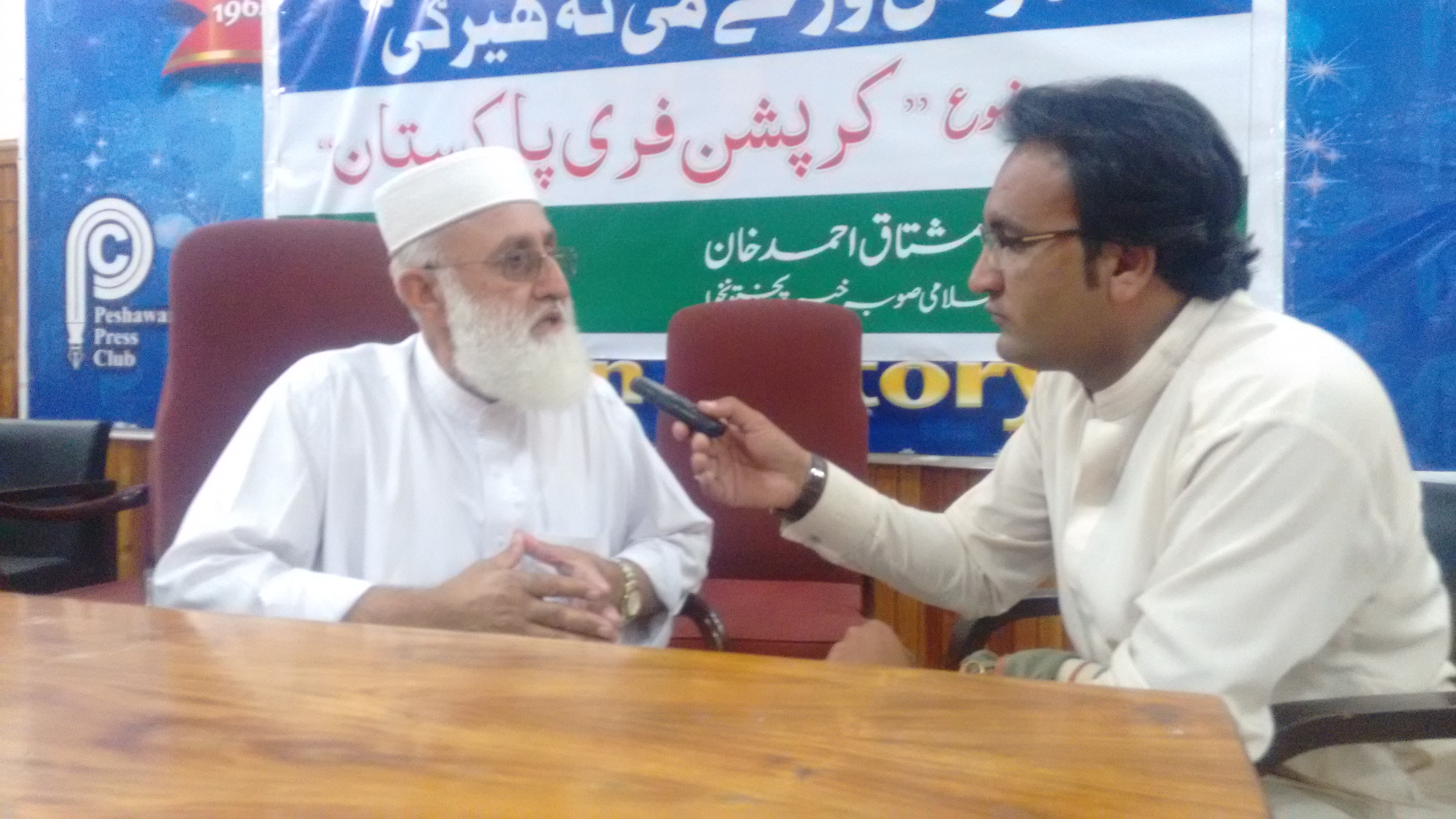 The FATA Political Alliance leader Haroon Rashid said minorities will be consulted in reforms process in future. “We will address the grievances of minorities and consider them in the reforms process. There will be no discrimination against them.”

On the other hand, the Minister for States and Frontier Regions (SAFRON) Lt Gen (Retd) Abdul Qadir Baloch, member of the Prime Minister’s FATA Reforms Committee, claims the government is taking care of the rights of Christians, Hindus and Sikhs in FATA. 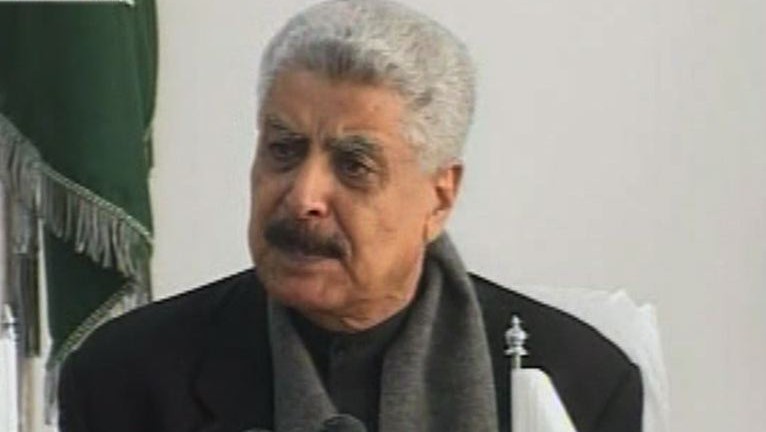 “Minority members actively put forward their suggestions during Jirgas in Fata, which we duly take note of. Recently, I had a meeting with Wilson Wazir, leader of the Christian community in Khyber Agency and we accepted all his requirements,” he added.

This article has been translated from the TNN programme Badloon, which discusses political activities and reforms in FATA. The programme was produced by TNN producers “Shan Muhammad” and “Abdul Qayyum Afridi”.