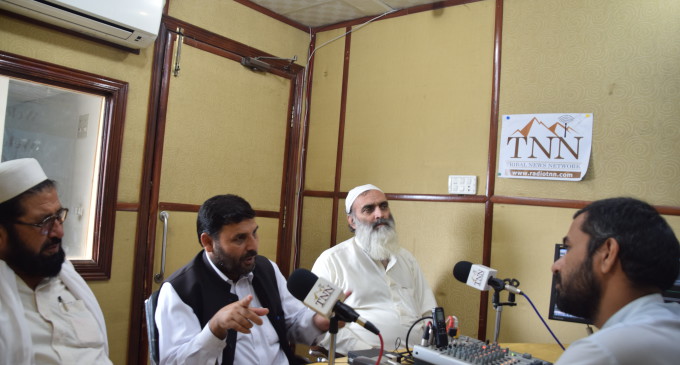 The total area of the semi-autonomous Federally Administered Tribal Areas (FATA) is about 27,000 square kilometres. Unlike other parts of the country, the people of FATA don’t possess the documented record of their lands and property. In the ongoing reform process, the government has proposed computerisation of land record in FATA. 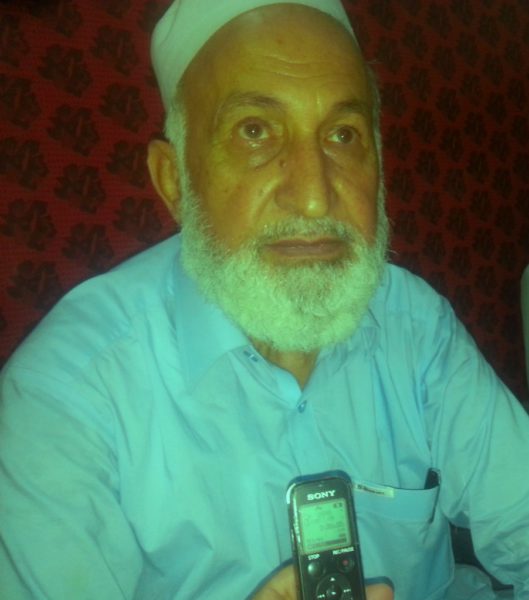 Malik Waris Khan, a tribal elder from Khyber Agency says under the current system a tribe divides the land within itself and the boundaries of the land are demarcated through a lottery. “The local elders possess the record of demarcations of land and their say in a land dispute is considered final,” Waris Khan told TNN.

Malik Waris Khan believes that the people of FATA will not agree to any meddling with the old and traditional method of demarcation of lands as it will cause unnecessary controversies. “The FATA people will oppose this proposal as they don’t know the logic behind computerisation of land record. If existing property of one person turns out to be the property of someone else after computerisation, then the aggrieved parties will quarrel over it in the courts. It may ultimately create new enmities among landowners,” he argued. 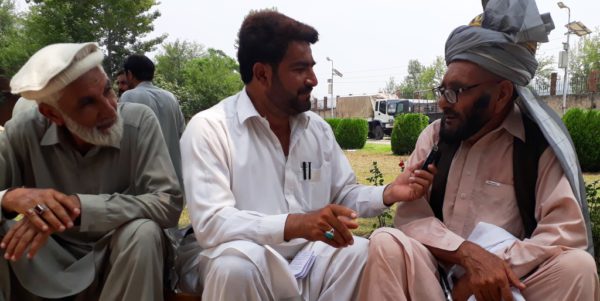 There is no doubt that majority of FATA population want the abolition of Frontier Crimes Regulation (FCR) and welcome the reforms process, but at the same time they are opposing the proposal of computerisation of land record and bringing Patwar system. Malik Zameer Khan Alikhel, a tribal elder from Orakzai Agency, says the proposal of computerisation of land record will turn out to be a recipe for disaster.

“A large number of people have left FATA after selling their lands. In case of new demarcation of lands, the people who have already sold their lands may return to FATA to take undue advantage of the situation. It takes many years for a case to be decided by courts. The Patwar system will open a new Pandora’s Box and clashes among different parties will take years to resolve. I personally dislike this Patwar system,” he told TNN. 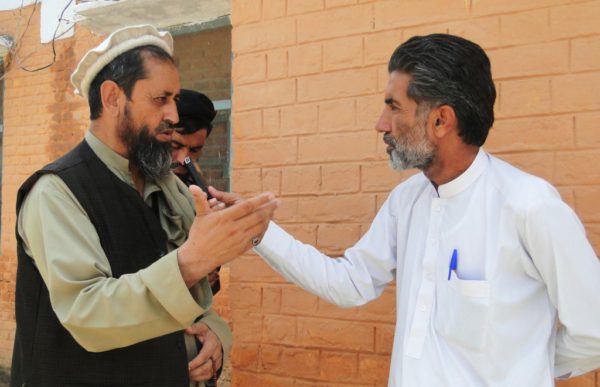 Malik Ziarat Gul from Mohmand Agency says powerful elite have usurped the lands of poor people in FATA. He said computerisation of record will give legal status to illegally occupied lands and the poor people will be deprived of their ancestral lands forever. 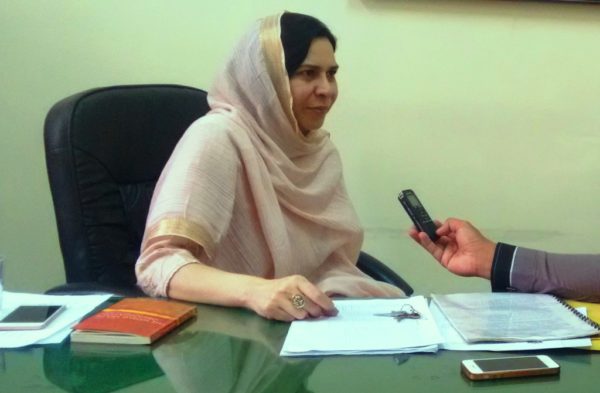 Unlike the tribal elders, who are opposing the computerisation of land record in FATA, Dr Naureen Nasreen from Kurram Agency says most enmities in FATA are because of land disputes. “I think it is time to distribute Shamilat lands in FATA. Documentation of FATA land record will end enmities. Often enmities caused by land disputes are settled by giving women in Swara which is another curse. Documentary record of lands is available in Kurram Agency that is why my father has given me my share in the land. The demarcation of lands will give people full freedom of utilisation of their lands and they will be able to do agriculture and business and will also be able to obtain bank loans on their lands,” she said. 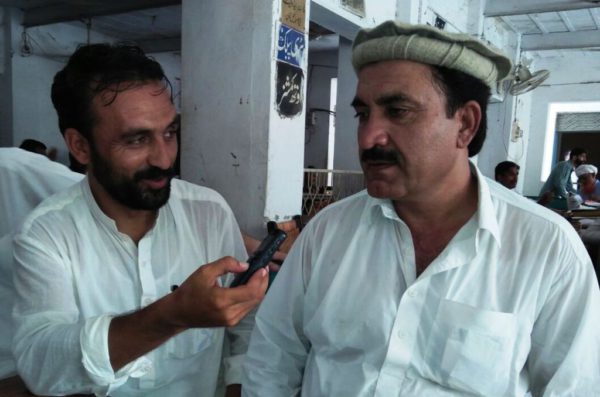 Malik Javed Shabikhel, a leader of South Waziristan development Jirga, says documentation of land record is the need of the hour. However, he said awareness among the people and sincerity of concerned officials is a must.

Abdul Majeed Khan from South Waziristan says: “Computerisation of record may face hindrances in the beginning, but the process will improve with the passage of time and it will ultimately lead to resolution of all land disputes in FATA.” 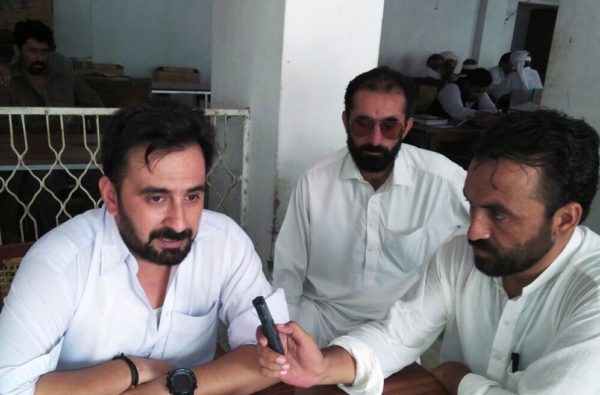 Salahuddin Orakzai from Rabiakhel tribe says: “Many influential people have occupied the lands of poor people in Orakzai Agency. Documentation of the land record will give poor people their right.”

Fazle Amin from Khyber Agency says: “It will be a very beneficial exercise as it will help in determining the agricultural and food needs of the area. However, it is not the easiest of tasks and it will require a massive field survey.” 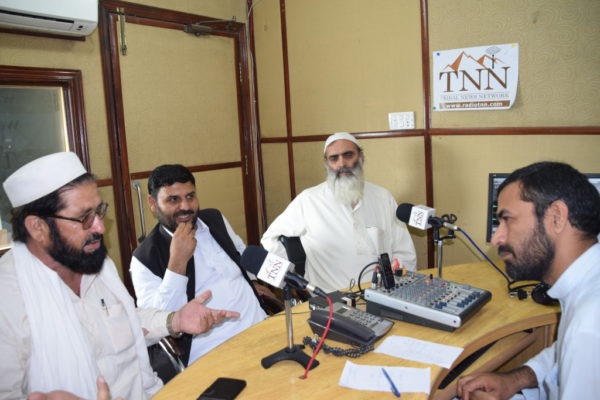 TNN also conducted a panel interview about the significance of documentation and computerisation of land record in FATA with Advocate Gul Rehman Mohmand, a lawyer from Mohmand Agency, Bazaar Gul Afridi, leader of Khyber Union, a political group in Khyber Agency, and Samiullah Jan, a tribal elder from South Waziristan.

TNN (from Gul Rehman): What is your view about proposed computerisation of land record in FATA?

Gul Rehman: There is no documentary record of lands in FATA which is called Hasra, Khata or Katoni in the language of Patwar. The government will require measurement of the land before its computerisation and will have to determine the plain area, mountainous area, Barani area, irrigated area etc. The documentary record will be formed after this massive exercise after which it will be computerised. This massive exercise will require billions of rupees.

TNN (from Bazaar Gul): What is the current status of land record and distribution of lands in FATA?

Bazaar Gul: There is no formal written record but every person in FATA knows the location and demarcation of his land. FATA is first divided into agencies and then tribes and sub-tribes. Computerisation will be smooth if the government did not create new issues and take the tribal elders into confidence over it.

TNN: Will the tribal people agree to this proposal?

Bazaar Gul: There will be smooth sailing until the tribal status of the area is not disturbed. The situation has changed now as in the past the people even did not spare schools and roads but now people are aware of their rights. The government will go for it disregarding our stand on the issue if it feels that documentation is necessary. 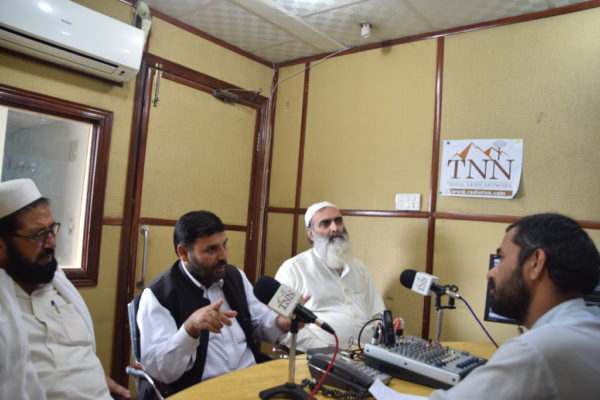 TNN (from Samiullah Jan): How do you see the proposal of computerisation of land record?

Samiullah Jan: It is a difficult task, but not impossible. Especially in Waziristan, there is more mountainous land than plain area and this task in the region may take more than 10 years. Our lands and forests are not owned by individuals, rather they are owned by tribes. Transfer of lands to individuals is a gigantic task in itself. Every person will try to get maximum benefit from the new system as is the norm in our areas. People want division of Shamilat lands, but don’t know how to do it. However, people will be happy if they know their real demarcations and share in lands.

Gul Rehman: I will like to add here that the Shamilat lands will be demarcated on the basis of families, not individuals. This is the old tradition that we are following and it is also supported by Shariah law. However, we will have to leave some Shamilat like cattle grazing lands untouched. If the government again needs certain land, its income and other matters will be decided according to ownership of the concerned tribe or family.

TNN (from Bazaar Gul): Gul Rehman Advocate is proposing that the status of some combined grazing lands, forests and some other lands must remain unchanged. Will the FATA people agree to this proposal?

Bazaar Gul: The FATA people will agree to it as this land will stay there and will not be transferred to outsiders. People will be happy to keep places of gathering like Eidgahs combined.

TNN (from Samiullah Jan): What is the fault in the existing land demarcation system in FATA?

TNN (from Gul Rehman): What was the main reason that compelled the government committee to propose computerisation of land record in tribal areas?

Bazaar Gul: No doubt the land demarcation will give us the identity that we are the original residents of FATA and we are not outsiders. It will also determine individual land of every person after which he will be able to determine the share of his daughter or sister if he desires so. Enmities will come to an end and everything will be on the record. So it’s overall a good package.

TNN (from Gul Rehman): Will the tribal women also benefit from this proposal?

Gul Rehman: Women will definitely benefit from it and will get their share in the property. It will give the option to men to give a share in the property to women and women may also approach the courts for this purpose. Under the teachings of Islam, we are all bound to support the women’s right to share in a property.

This article has been taken from TNN programme ‘Badloon’ which discusses political activities and reforms process in the tribal areas. TNN producers Shan Muhammad and Salman Ahmed prepared this programme which was broadcast on five radio channels of FATA and Khyber Pakhtunkhwa.