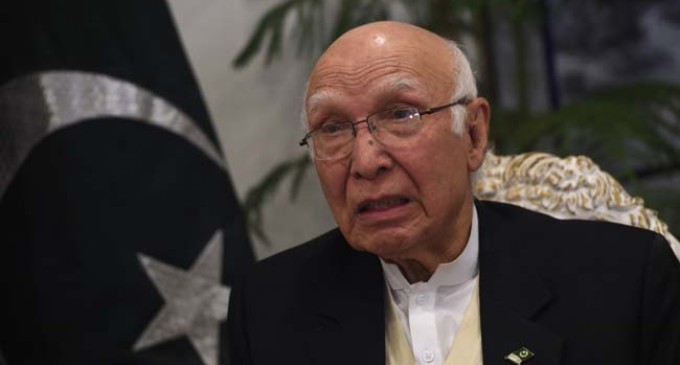 PESHAWAR, 21 November: The chairperson of FATA reforms committee and advisor to Prime Minister on foreign affairs Sartaj Aziz has said that polls for KP assembly are likely to be held in FATA during 2018 general elections.

In an interview with a foreign radio on Sunday, Sartaj Aziz said that reforms would be introduced in FATA according to the aspirations of its people very soon.

Before merging FATA into Khyber Pakhtunkhwa, administrative infrastructure would be developed at par with provincial administration, Sartaj Aziz and said adding the process could span over four to five years.

Beside reforms, development funds would also be increased fourfold for FATA, he added.