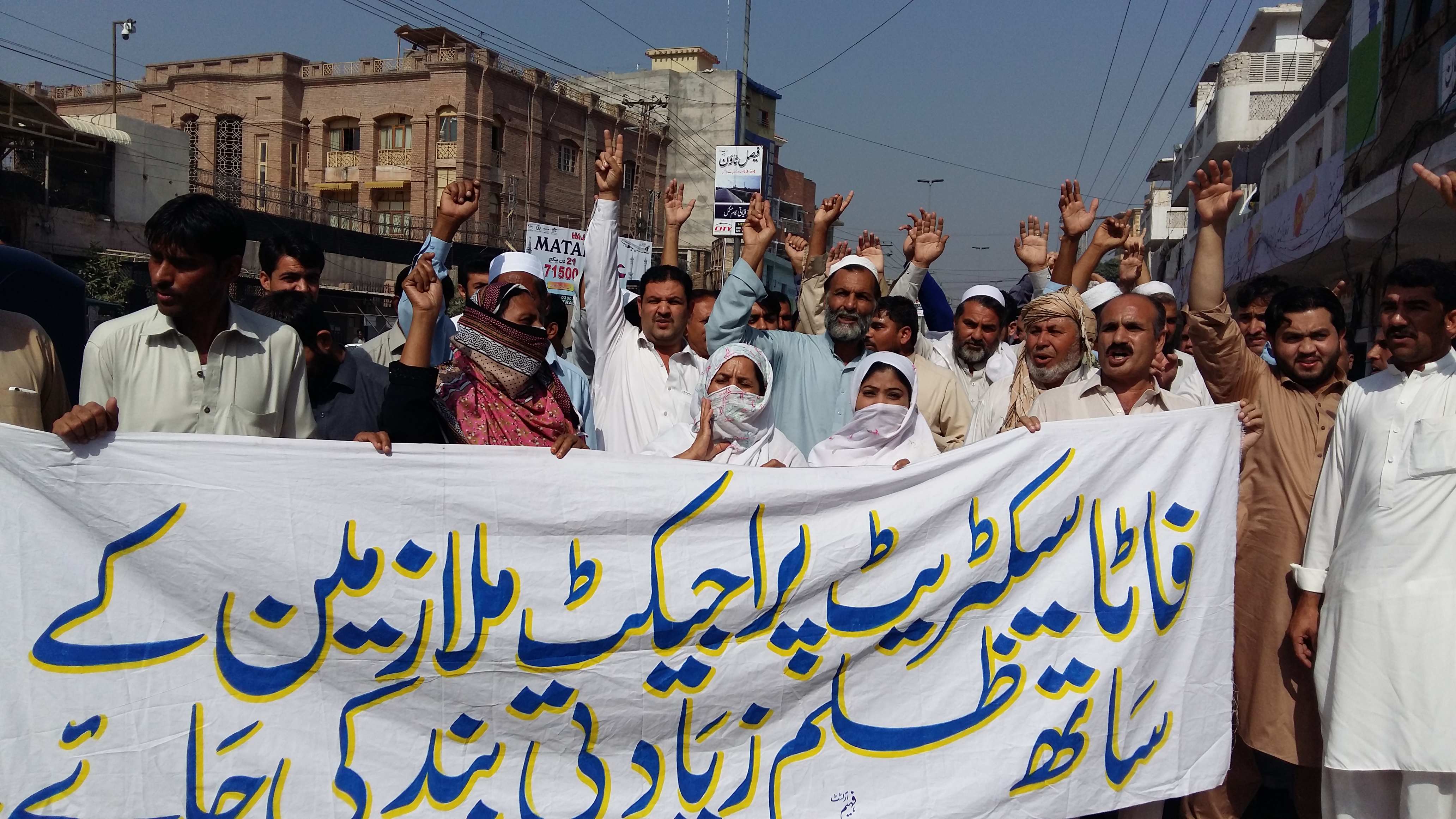 PESHAWAR, 09 October: Dozens of contractual employees of the Fata Secretariat including women on Monday staged a protest demonstration against the government for not releasing their salaries.

The protesters gathered outside the Fata Secretariat on Warsak road and chanted slogans against the government. They were also holding banners and placards, inscribed with slogans in favor of their demands.

Employees’ union leaders including Dr. Hameed, Jamshed Afridi and others, who were leading the protesters, said on the occasion that the employees had not been paid since April despite increase in their remunerations though an official notification.

They said that due to non-provision of salaries, more than 1500 employees and their families were being affected.

Meanwhile, officials of the Fata Secretariat said that the contract period of the employees had ended in June, adding a case had been prepared for the renewal of their contracts and hopefully the matter would be resolved in the next few days.