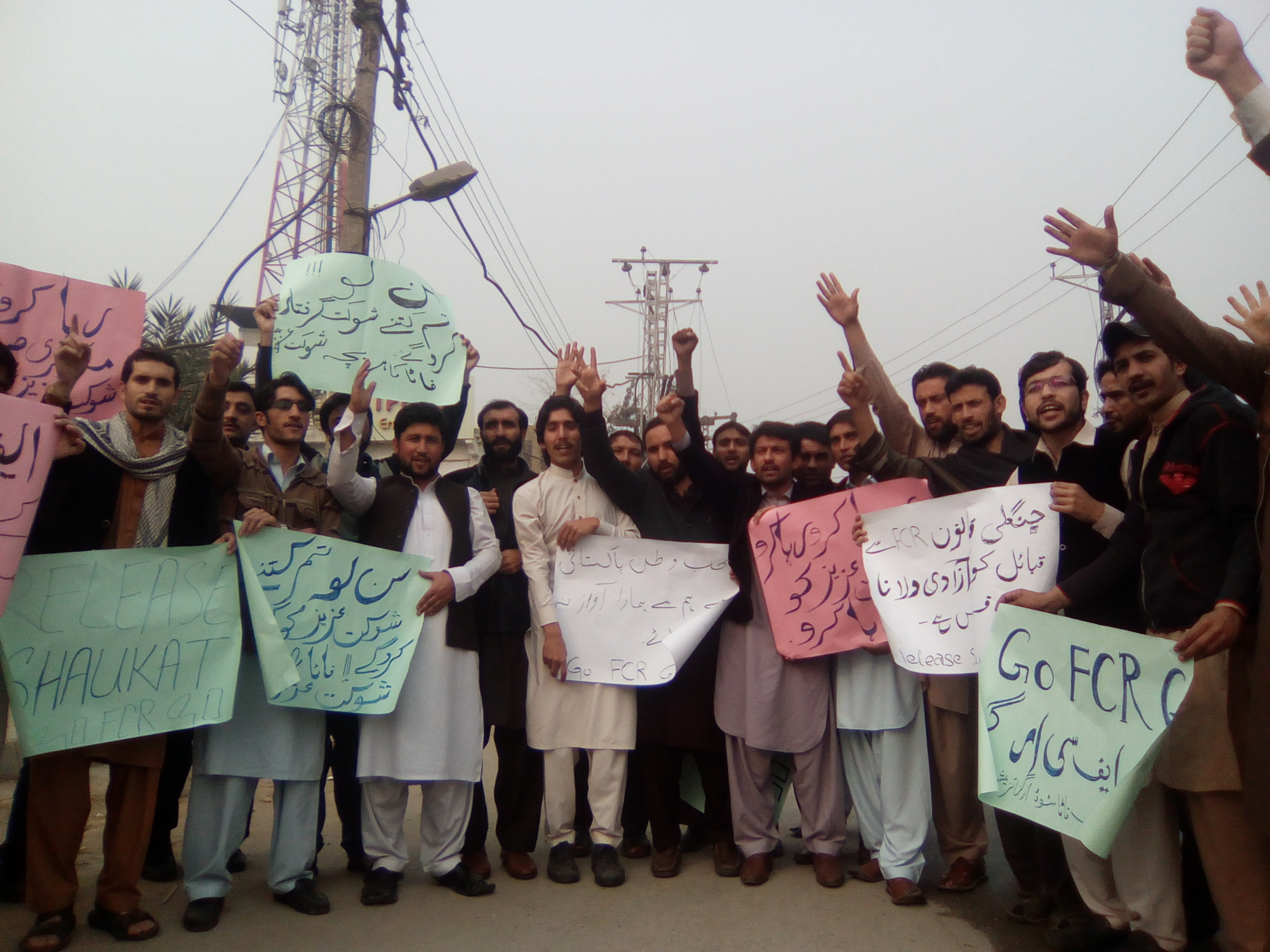 PESHAWAR, 10 December: Tribal students under the banner of Fata Students Organization on Saturday staged a protest demonstration outside the Peshawar press club against the arrest of their leader Shaukat Aziz demanding his immediate release.

The students were holding banners and placards inscribed with slogans denouncing FCR and the district administration of the provincial metropolis.

According to Fata Students’ Organization general secretary, Shaukat Aziz had been detained under section 3 of Maintenance of Public Order (MPO) for protesting against Frontier Crimes Regulation (FCR).

“It is condemnable act of the district administration. We have been exercising out constitutional right of holding peaceful protests and nobody can deter us from this right,” he said.

He contended that large number of tribesmen participated in the protest but the administration detained only the students’ leader. He demanded that Shaukat Aziz should be released at the earliest otherwise they would extend their protest.

It merits a mention here that FSO president Shuakat Aziz was held by the district administration Peshawar for protesting against pro-FCR tribal elders during a grand jirga called by the Ministry of States and Frontier Regions (Safron) in Peshawar few days back.