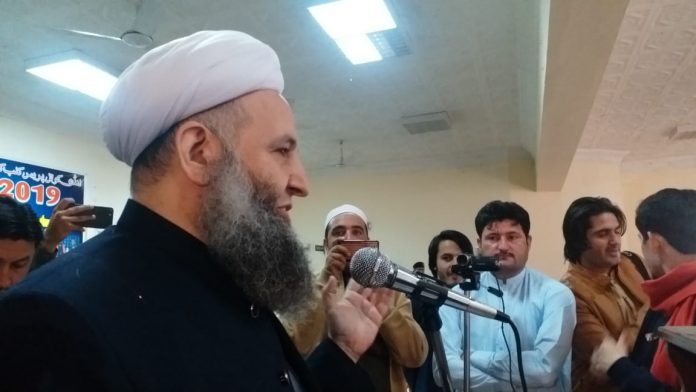 Landi Kotal: Minister for Religious Affairs Allama Noorul Haq Qadri said on Sunday that the decision of merging Fata with Khyber Pakhtunkhwa was taken in haste.

Addressing a function in Khyber tribal district, the minister said the government and tribal population are facing difficulties due to legal void in the area after the merger.

He said the merger of Fata with KP should have been carried out after comprehensive reforms. He said the people of the tribal areas will have to unite to take advantage from the benefits of the merger.

The 31st constitutional amendment bill about the Fata-KP merger was passed by the National Assembly on 24 May and the Senate also passed it the following day. The bill was presented in the KP Assembly on 27 May where it was approved by two-thirds majority.

The ruling Pakistan Tehreek-e-Insaf (PTI) was a strong proponent of the merger and it campaigned for the merger when it was in opposition. After coming to power, the PTI is pursuing the implementation phase of the merger with a rapid pace. However, it is also facing some opposition from the anti-merger elements.

Recently the pro-merger lobbies criticised Prime Minister Imran Khan for inclusion of  Allama Noorul Haq Qadri, a federal minister for religious affairs, in the Task Force for implementation of Fata Reforms who was once critical of merger.