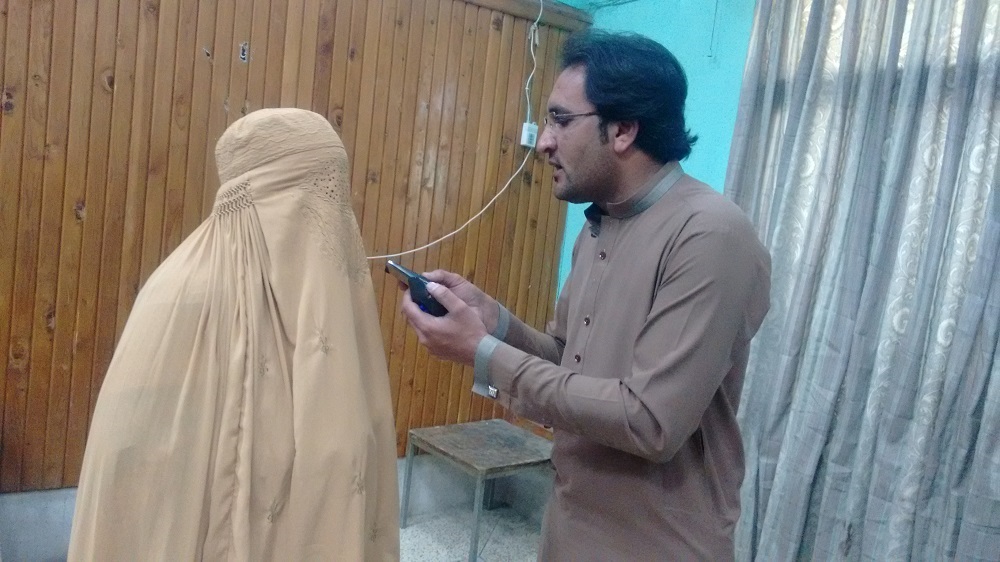 PESHAWAR, 12 April: Due to cultural impediments and lack of willingness on the part of tribal and political leadership, no concrete steps had ever been taken on the local or national level to resolve the problems faced by the women of the Federally Administered Tribal Areas (FATA). However, few women from the tribal areas have stepped up now to raise voice for the rights and development of women. In this regard, a gathering was organised at Peshawar Press Club where the speakers emphasised the need for representation of women in the FATA reforms process.

Reforms process has been going on recently in the tribal administrative system, especially the Frontier Crimes Regulation (FCR) law. Last time, the reforms package was introduced in FATA in 2011, but it did not include any privileges for the tribal women.

Naheed Afridi, who works for women rights in Khyber Agency, says women had been side-lined in the FATA reforms process which is very disappointing. However, she says, many tribal women have not given up efforts to be heard in the reforms process. “The tribal women had arranged a press conference to emphasise the need for inclusion of people from FATA in the prime minister’s FATA reforms committee as the tribal people instead of outsiders, should decide the future of the region. The representation of women in the committee is very significant and we are raising our voice on different forums in this regard. Why women are always ignored in the FATA reforms. Women constitute a significant part of the tribal population and they have their own problems. The reforms package should not ignore the problems of women. Men can easily provide their viewpoint on any issue, but what the tribal women will do for their rights,” she tells TNN.

Nosheen Orakzai, who is associated with an organisation working for women rights, says the tribal women are not playing an effective role in the reforms process. “No platform has been provided to the tribal women to present their viewpoint. We have many potential women leaders in FATA but lack of education is a big impediment. An educated woman can play better role in the reforms process. However, all the women are unanimous on abolishment of the FCR law which will improve law and order in FATA. Law and order is a bigger problem in FATA as compared to education and healthcare,” she says.

Mehreen, who hails from Khyber Agency, is very enthusiast working for reforms in FATA. She also thinks that low literacy rate among tribal women is a major reason behind their plight. “Different meetings were held for the reforms and I also attended few Jirgas in this regard. Our tribesmen should be proud of women’s participation in the reforms process. Women in FATA are facing many difficulties. The women who are striving to play role in the reforms despite all odds should be facilitated,” she suggests.

Prime Minister Nawaz Sharif formed a committee for introducing reforms in FATA after the tribal lawmakers for the first time in the country’s history submitted a bill in the National Assembly for reforms in the tribal areas last year. Soon after its creation, the prime minister’s FATA reforms committee started visiting to tribal agencies to ascertain the viewpoint of tribal people on the subject. However, no representation has been given to women in the committee as well the reforms process.

A woman from North Waziristan, Farwa Wazir, says the FATA reforms committee never bothered to ascertain the viewpoint of tribal women. “The opinion of women doesn’t matter to the government committee. It is essential to provide all rights and privileges to the FATA people which are enjoyed by the people of Khyber Pakhtunkhwa to bring a positive change in the tribal region,” Farwa adds. Another woman hailing from Kurram Agency who wished not to be named says people belonging to Kurram don’t have access to basic human rights. “We want a system based on justice for our new generation and its effective implementation,” she demands.

Fatima, a resident of Frontier Region (FR) Peshawar, says opinion is sought only from men for bringing reforms in FATA. “The culture of FATA will remain intact and people will prosper if it is made a separate province. Merger with KP will not benefit FATA as the province has its own countless problems,” she observes.

Another woman hailing from Orakzai Agency tells TNN that the FATA people should enjoy the rights that have been already given to the people of other parts of the country. “We want colleges and universities in FATA. It will address the basic problem of education in the tribal region,”

Noor Jehan, who hails from North Waziristan, says FATA will move on path of development if it is converted into a separate province. “I have never noticed that anyone has bothered to include the viewpoint of women in this process. It will be better for the people of FATA if the region is merged with KP. The establishment of a separate FATA province will be even better as it will ensure access to all facilities for the tribal people. However, nothing less than these two options will be acceptable to the FATA people,” she says.

Sakeena from Mohmand Agency says that the reforms process will remain incomplete without women’s participation. “We have no objection to the composition of the prime minister’s FATA reforms committee because they are leaders of the country. However, the voice of the FATA people cannot be ignored when decisions are made about their future. The committee cannot achieve success without giving representation to all the stakeholders including women,” she adds.

Naseehat, a resident of Bajaur Agency, says the tribal mode of administration cannot be tolerated in FATA anymore.“We want abolishment of the British-era FCR law. We are fed up with this black law and can’t bear with it anymore,” she says.

Men and women are two integral parts of a society. Though, the tribal women have right to adult franchise, yet concrete steps have never been taken for their empowerment at local or national level due to which they are facing numerous problems. A number of political forces have come forward with their own agendas of mobilising male population of FATA on about the reforms process. But none of them seems interested to talk about the involvement of women in the ongoing hot discussion about the future of the border region.

Bazaar Gul, a leader of the FATA Political Alliance, says that currently it is very difficult to include the women in the reforms process. “The British-era law is still in place in FATA. The role of women in FATA is restricted under the local traditions. The situation is not ripe for the women in FATA to raise voice for their rights. However, the tribal women residing in settled areas are comparatively better aware because they are more exposed and educated than their fellow tribal women residing inside FATA. Even if we give freedom to our women, they cannot play their active role in the given uncertain circumstances of FATA. Tribal women are yet to achieve the level of confidence which is required for participating in public affairs,” Mr. Gul says.

Waheeda Shah, a woman activist of the Jamaat-e-Islami (JI), says women have always played an important role in every society. She says the tribal women are equally competent to participate in the public affairs. She adds women should be provided working environment to contribute to the development of the society. “You must be well aware of the Pakhtun culture and society where women seldom get all opportunities to express themselves. There are cultural issues as well. Being a political worker I cannot sit with male councillors in the office and I can’t talk to them either then how a house woman will come to us,” she explains. 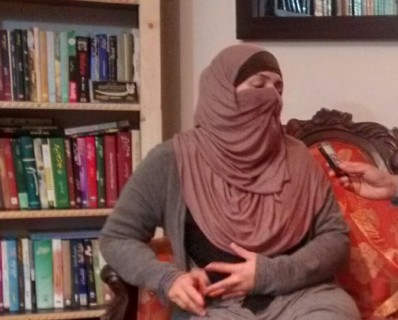 The leader of FATA law makers in the parliament, Al-Haaj Shah Je Gul Afridi says the tribal lawmakers have demanded representation of FATA women in the Senate and National Assembly. “We are working on our demand for the allocation of four National Assembly and two Senate seats for FATA women. It will enable the FATA women to raise voice for their rights at the Parliament. The women’s representation in the FATA reforms has not been considered yet but it will definitely get consideration now. I am very thankful to TNN for bringing the issue into my notice. Now I will also invite women whenever the FATA reforms committee visits the tribal areas and play my role to include them in all dialogues on the reforms process,” he says.

There is no dearth of talent among the tribal women. Women from FATA have excelled in different fields and made a name for themselves and their country. Samina Afridi, who is a professor at the Department of Gender Studies in the University of Peshawar (UoP), among one of the successful tribal women. She tells TNN that the FCR is the remnant of the British-era rule in FATA which is still unfortunately in place in the tribal areas. This law has made the lives of the FATA people, especially the women, miserable. “Women have no access to their rights under the FCR and tribal traditions which has made their lives miserable. The institutions established under the law have no representation of women and one can never see a woman in the political administration. All the decisions about the educational institution, health centers and other facilities are taken by the tribal lawmakers, Maliks and political administration officials, who are all men. They have no idea about the rights and requirements of women. They don’t know what to do for education, training and healthcare of tribal women. The FATA women don’t know where to go for resolution of their problems” she says.

She adds that women have no representation in the tribal Malik system or Khassadar force. Although, the government has appointed few women in the Levies owing to law and order issues, but generally women don’t get place in the force. “The FCR is the main hurdle for women in getting their constitutional and democratic rights. Although, the tribal women got the right to franchise in 1996, but everyone knows what happens in the women polling booths in FATA during elections. The abolishment of the FCR is inevitable for access of women to their rights in FATA.” she says.

Samina says the local government system has been established in all parts of the country, except FATA, due to which powers could not be transferred to grassroots level.

“Women are also suffering due to lack of local bodies system in FATA. As far as culture is concerned so it’s not a static thing. Culture of every place changes with the passage of time. One can adjust to the demands of modern time while keeping cultural ethos intact. Those people who don’t want to bring a positive change are the main hurdle in development of FATA. They are going against the nature which will not work. The tribal women should be made part of the decision making process to achieve positive results,” she says.