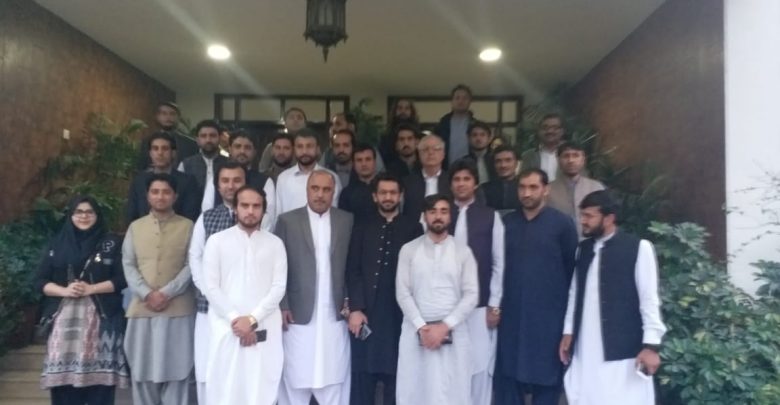 The delegation led by senior journalist Saleem Safi meet governor KP here at Governor House. The delegation urged the governor to fill all vacant posts in government schools and colleges as students in tribal areas were far behind in education.

They also demanded the governor to ensure three percent share in National Finance Commission and save jobs of Khasadar Force who have rendered matchless sacrifices.

The delegation urged the governor to investigate funds spent in last 10 years and end visa to Afghanistan for tribesmen as the condition has deprived thousands of people jobless.

The governor promised that the reforms would be implemented in its letter and spirits and would ensure three percent share in NFC.

He also assured the delegation that no one would be deprived of their jobs, adding that uplift schemes will further create job opportunities in former Fata.

“The ECP will hold elections for Khyber Pakhtunkhwa Assembly in tribal areas in April next year and local government elections immediately after delimitation,” he promised.