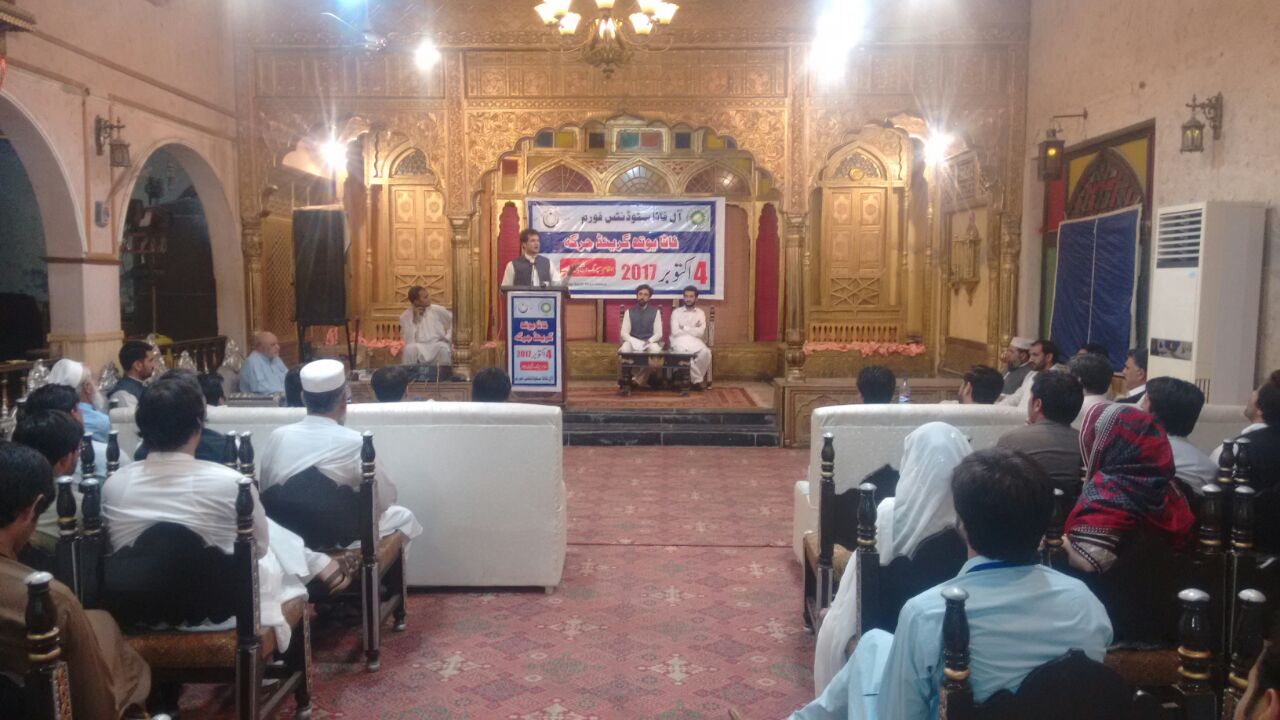 PESHAWAR, 5 October: All FATA Students Forum on Wednesday organised a Jirga in Peshawar to bring the tribal youth on a joint platform for reforms in FATA.

Speakers said on the occasion that the people of FATA are fighting for their rights since long which the government is buy in pursuing its own interests. They said the federal government amended the Constitution within two days for disqualified former prime minister Nawaz Sharif, while no one cares about the plight of the FATA people.

The Jirga in a joint statement demanded the government to merge FATA with Khyber Pakhtunkhwa without further delay and give representation to FATA in the KP Assembly before the next general elections. It also demanded abolition of Frontier Crimes Regulation (FCR) from FATA and bringing the tribal areas under the Constitution of Pakistan.

“Reforms in FATA is not such a big issue, but the real issue is that our youth are scattered in different parts of the country and we are making efforts to bring them on a single platform. We are planning to launch a joint struggle for reforms in FATA,” Farhad Ali told TNN.