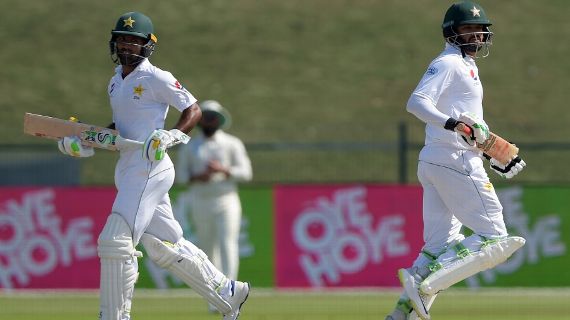 PESHAWAR: Pakistan has announced Test squad for the upcoming important home series against Sri Lanka in which Fawad Alam, who was discarded 10 years ago, has staged a comeback along with uncapped fast bowler Usman Khan Shinwari.

Young Usman Shinwari hasn’t made his Test debut yet, however, he has impressive performances in limited overs formats and domestic circuit. Since making his debut in 2013, Shinwari has played 17 ODIs and 16 T20 Internationals.

Some changes in the squad were inevitable after Pakistan suffered a 2-0 whitewash in Australia last month. Chief selector-cum-head coach Misbah-ul-Haq announced the 16-member squad for the two-match home series in Lahore on Saturday. The first match of the series will be played from 11-15 December at the Pindi Cricket Stadium, Rawalpindi, while the second Test will be played in Karachi.

A debatable exclusion from the squad is of Iftikhar Ahmed and Mohammad Musa who have been axed after just one Test series. After comeback to Test after long exclusion, Iftikhar was just given one series to prove himself and his failure with the bat means he will go into Test exile again. As far as Mohammad Musa is concerned, he will get more chances in future, but Iftikhar will feel the heat of exclusion more.

Misbah said Fawad Alam has been included in the squad due to his impressive domestic performances.

Opener Abid Ali has retained his place and he is most likely to be included in playing eleven as other openers did not perform well against Australia.