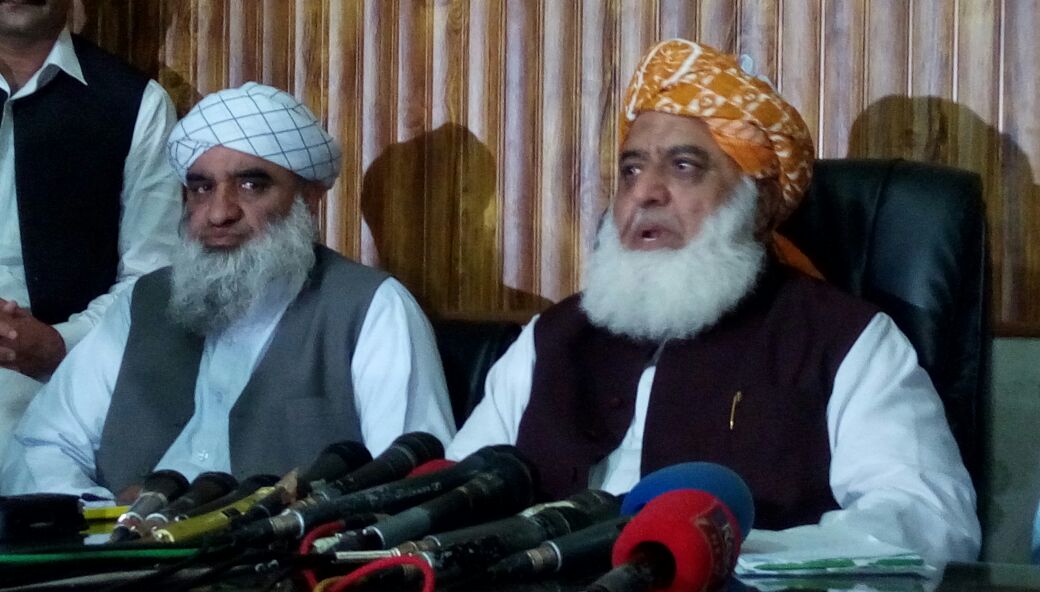 PESHAWAR, 06 November: Chief of his own faction of the Jamiat-e-Ulema-e-Islam, Maulana Fazal-ur-Rahman has asked the government to constitute a supreme council to decide about the future of the tribal areas.

Addressing a news conference after attending a jirga of tribal elders here on Monday, the Maulana said that the representative jirga of the tribal elders have rejected the proposed merger of Fata in Khyber Pakhtunkhwa. He urged that the government should seriously consider the demands of the jirga and proposed names for the supreme council. He said that nobody should raise objection over the constitution of the supreme council.

Mualana Fazal-ur-Rahman said that the federal government is not decisive about the future of Fata. “At one point, the government says it will merger Fata in Khyber Pakhtunkhwa while at another point, it says Fata will be given the status of a separate province,” he remarked.