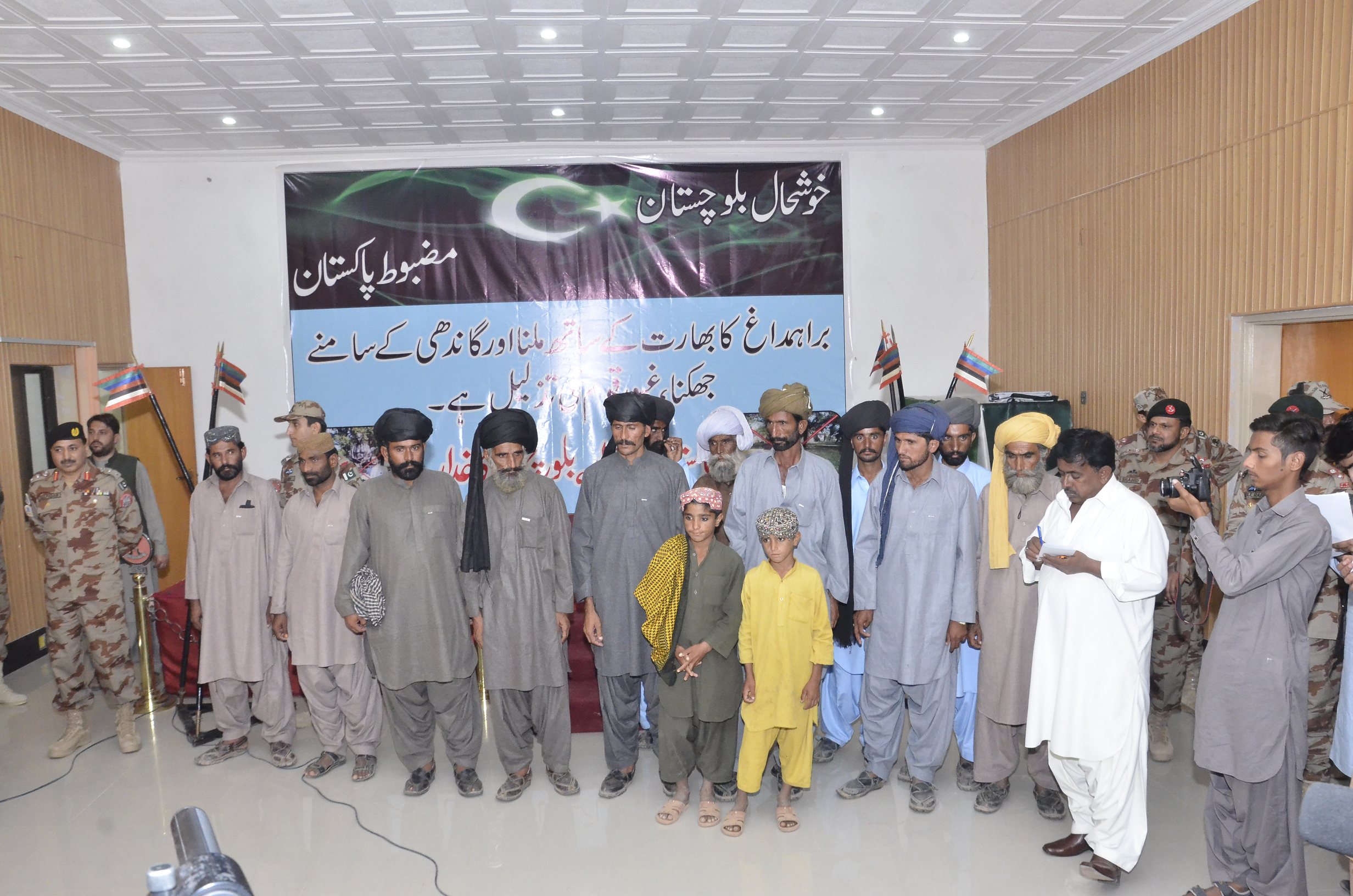 QUETTA, 23 October: The Frontier Corps (FC) on Saturday arranged a ceremony in Quetta, the capital of Balochistan, in the honour of 43 people for renouncing militancy and accepting the writ of government.

The ceremony organised by Sibi Scouts was attended by Member National Assembly Dosteen Domki and civil and military officials.

The former members of Baloch Republican Army (BRA) said Indian inclination towards Brahamdagh Bugti proved that they were being used by him against Pakistan.

“When Brahamdagh Bugti went to India, we realised that we are being used by Hindus against our own Muslim brothers. We will not fight anymore and will live with peace,” a former member of BRA said.

Commandant Sibi Scouts Brigadier Amjid assured all those who accepted the writ of the government to provide them security and all facilities.

“We will welcome all those who will renounce militancy and accept writ of government. We will also provide them facilities and protect them,” he said.