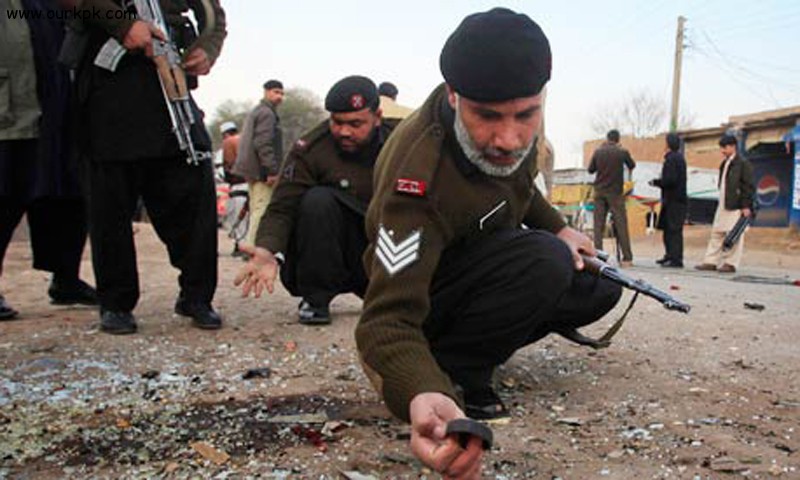 They said a bomb exploded outside the house of a Khasadar Force member Muhammad in lower Chamer Kand area of Tehsil Safi on Saturday afternoon . As a result, a room and veranda of the house were damaged in the blast. However,  no human  casualty was caused by the explosion.

To examine the site of the blast, the personnel of Frontier Corps were heading towards lower Chamer Kand  from near-by FC camp in a vehicle when a roadside planted IED exploded close to them. Consequently, a naib Subedar of FC Zahid Khan was killed on the spot. Security forces cordoned off the area and started search operation following the blast.

Meanwhile, a blast occurred in the upper Chamer Kand area near Bajaur Agency. However, no damages were caused by the blast.