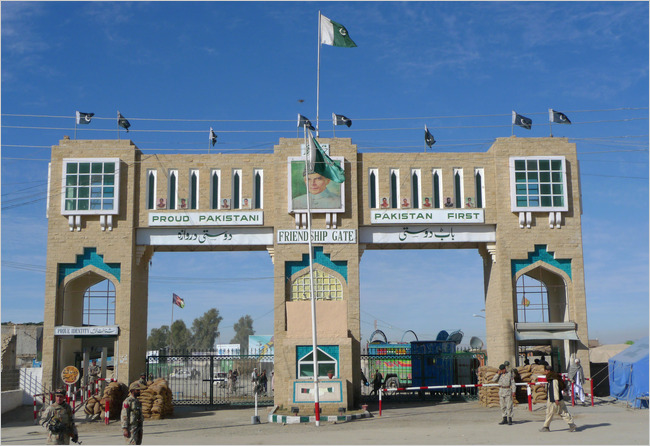 CHAMAN: The FC Balochistan on Wednesday returned two Afghan soldiers to Afghanistan who were earlier arrested after they crossed over to Pakistan mistakenly, informed ISPR.

A statement issued here said that the soldiers were returned on humanitarian ground. Identified as Hayatullah and Lateefullah Khan had mistakenly crossed into Pakistan and were handed over to Afghan authorities at Chaman border.

The recent death of Tehreek-e-Taliban Pakistan leader Mullah Fazlullah in a US drone strike in Kunar has helped improved ties between the two neighbouring countries.

Mullah Fazlullah was named TTP chief after the death of Hakimullah Mehsud in a drone strike in November 2013.

Fazlullah was hiding in Afghanistan since 2009 who was the masterminded scores of terrorist attacks against Pakistan including on APS.