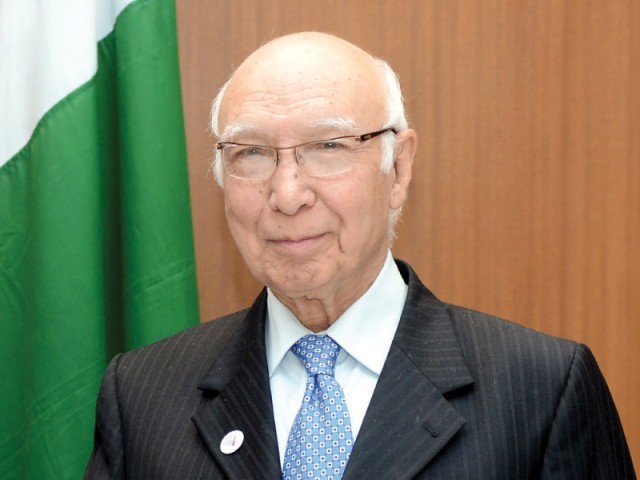 PESHAWAR, 25 August: The federal government on Thursday presented the much trumpeted Fata reforms package before the media in order to know people’s feedback and get more suggestion from the stakeholders.

“As per the proposed reforms, the notorious FCR will be repealed and will be replaced with Tribal Areas Riwaj Act. Besides, the Supreme Court and Peshawar High Court jurisdiction will also be extended to Fata,” Sartaj Aziz said while briefing media persons about the reforms.

He explained that those who wanted to resolve their matters through tribal custom of jirga, they would have the choice. He however said the jirga would be constituted by the government for the resolution of disputes.

Sartaj Aziz maintained that local bodies elections would be held in Fata within two years.

About security situation in Fata, he added that Frontier Corps would remain on borders while for internal security, the present levy personnel would be further trained. He informed that 20,000 new personnel would be inducted in the levy force.

Sartaj Aziz, who headed the reforms committee constituted by the Prime Minister Nawaz Sharif, said that it had been recommended to the federal government to launch developmental projects worth Rs20 billion in Fata.

Minister for Safron Abdul Qadir Baloch said besides getting public feedback on the reforms agenda, it would also be presented in the Parliament for general debate.

He said that no such law would be imposed on the people of Fata which is not in accordance with their aspirations.