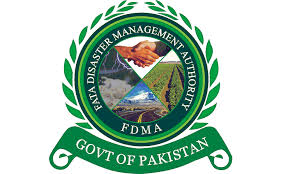 The employees were dismissed from their services for holding a fake training, with alleged intentions to embezzle money, without prior knowledge of authority concerned. Besides, they were reportedly recruited without proper advertisement.

The training titled Age and Disabilities in Humanitarian Responses was held on September 23, 24, 2017. Those dismissed were hired under Swiss funded project for the Internally Displaced Persons (IDPs).

A notification of their dismissal from job issued here stated that a so-called training was conducted last weekend without taking concerned authority on board.

“It was a private trip and not training in its true sense that incurred a heavy cost of Rs1million paid for their entertainment,” it read.

The notification further said that even those employees who were not part of the team were given travel allowances just to show requisite number of participants.

An inquiry was ordered and Governor Inspection Team that found them guilty of misappropriating the fund, said a notification issued here Friday. It said that the dismissed employees would refund Rs1 million. The notification also showed heavy salaries they were being paid.