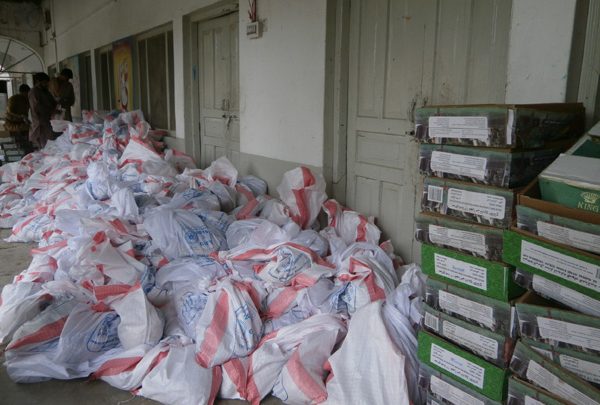 PESHAWAR: The Fata Disaster Management Authority (FDMA) has announced to provide Ramazan Package to the people of the tribal districts who were displaced due to militancy and military operations.

A spokesman for the FDMA said the implementation of Ramazan Package has already been initiated in the tribal districts. The spokesman said Ramazan Package including food items has been distributed among 2,040 displaced families at Bakakhel camp of Bannu. The displaced people of North Waziristan tribal district are currently living in Bakakhel camp of Bannu. He said similar package will be distributed among 1,560 displaced families in Dattakhel tehsil of North Waziristan with the cooperation of national and international aid agencies.

The spokesman said the FDMA Director General Sohail Khan has directed the staff to make all out efforts to give maximum relief to the people in the holy month of Ramazan. He said relief measures will help mitigate the sufferings of the affectees.

On the complaint of students, a team of Khyber Pakhtunkhwa Food Authority raided the canteens and tuck shops of Abdul Wali Khan University Mardan (AWKUM) on Friday.

According to local sources, during the raid, the canteen and café of the Garden Campus and canteen and two tuck shops of the hostel were sealed on violation of basic hygiene rules.

The KP Food Authority Deputy Director Zeeshan Mehsud said the tuck shops and canteens were disregarding the basic hygiene and health rules that is why they were sealed. He said there was no arrangement for sanitation and the students were being given unhygienic food. He said the canteen contractors were also given warning earlier, but they did not comply.

The deputy director revealed that more than 50 complaints were received from students of the university after which the action was taken. He said the Food Authority will continue such raids to ensure cleanliness at food outlets.