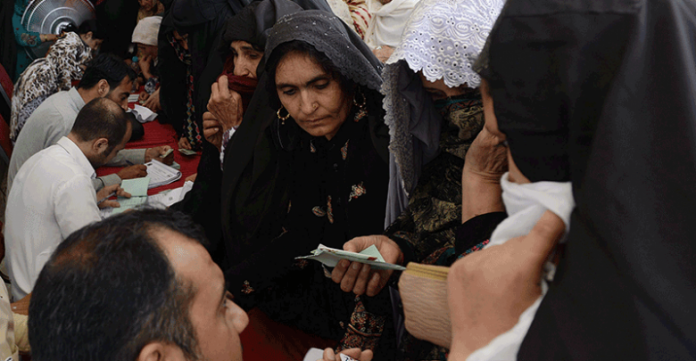 This will be the 52nd instalment being provided by the FDMA as compensation for the rehabilitation and resettlement of Internally Displaced Persons of the district. The amount will be transferred to the accounts of IDPs from Tomorrow (Thursday) by the government officials.

“We are cognizant of the situation at the advent of the winter season,” said the spokesperson of the FDMA in a statement. “We are going to release Rs 1.4 billion for the resettlement of the IDPs in tribal districts during the ongoing year.”  The spokesperson added that since the start of Operation Zarb-e-Azab, the government has provided Rs 9 billion for the repatriations and their resettlement of the IDPs in their native areas.

The official added that the current instalment has been released for those 15,500 IDPs who have not yet returned and still living in the IDPs camps. The Director General of the FDMA Sohail Khan in a statement said that return and rehabilitation of the war affected people of the tribal districts is their first priority. Khan added that all efforts will be made for their safe return to their native areas after peace has been restored by the security forces.

FDMA has asked Baka Khel camp’s authority to help IDPs in acquiring the assistance, Sohail Khan said. “We should take every measure to help mitigate the sufferings of IDPs in camps,” he said.

The IDPs in camps are passing very difficult life and the officials believe that the financial aid package which will help displaced people to get equipped for the coming harsh weather,” he said.

The North Waziristan residents had been displaced in 2014 after security forces had launched a military operation in the EX agency, which forced displacement of some 100,000 people to the ex-frontier region of Baka Khel.