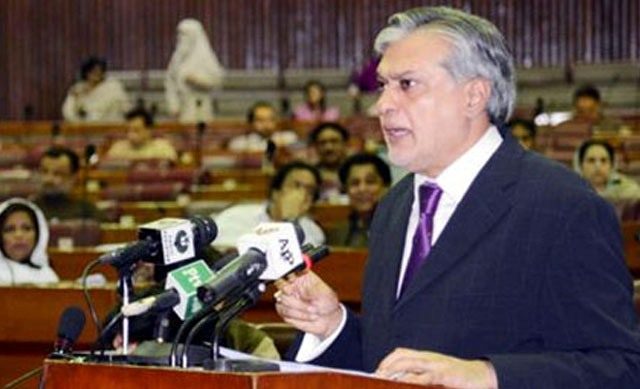 PESHAWAR, 26 May: The PML-N government Friday presented its fifth and probably the last Federal Budget for the fiscal year 2017-18 with the total outlay of Rs4.75 trillion.

Presenting the budget in the National Assembly, Finance Minister Ishaq Dar said it is for the first time in the history of Pakistan that an elected Prime Minister and his team are presenting their fifth budget.

“This shows the strengthening of democracy in Pakistan,” Dar said in his opening remarks.

“Pakistan was on the verge of defaulting in 2013. The economy was declared unstable. Today, our foreign exchange reserves are at stable position,” the minister said.

Ishaq Dar claimed that due to effective monetary policies of the government, the country’s economy has boosted enormously.

“Our government has turned around the economy since we came to power in 2013,” he claimed.

He said that Pakistan’s economy will be one of the largest economies by 2020.

Elaborating salient features of the budget, the minister said that the tax revenue target had been set at Rs4.33 trillion, of which the Federal Board of Revenue (FBR) would collect Rs4.01 trillion.

The development expenditure for next year will be Rs1.001 trillion, 40 percent higher than the Rs715 billion allocation last year.

Ishaq Dar announced that by summer 2018, the government would add 10,000MW electricity to the national grid, resultantly, load shedding would be eliminated completely.