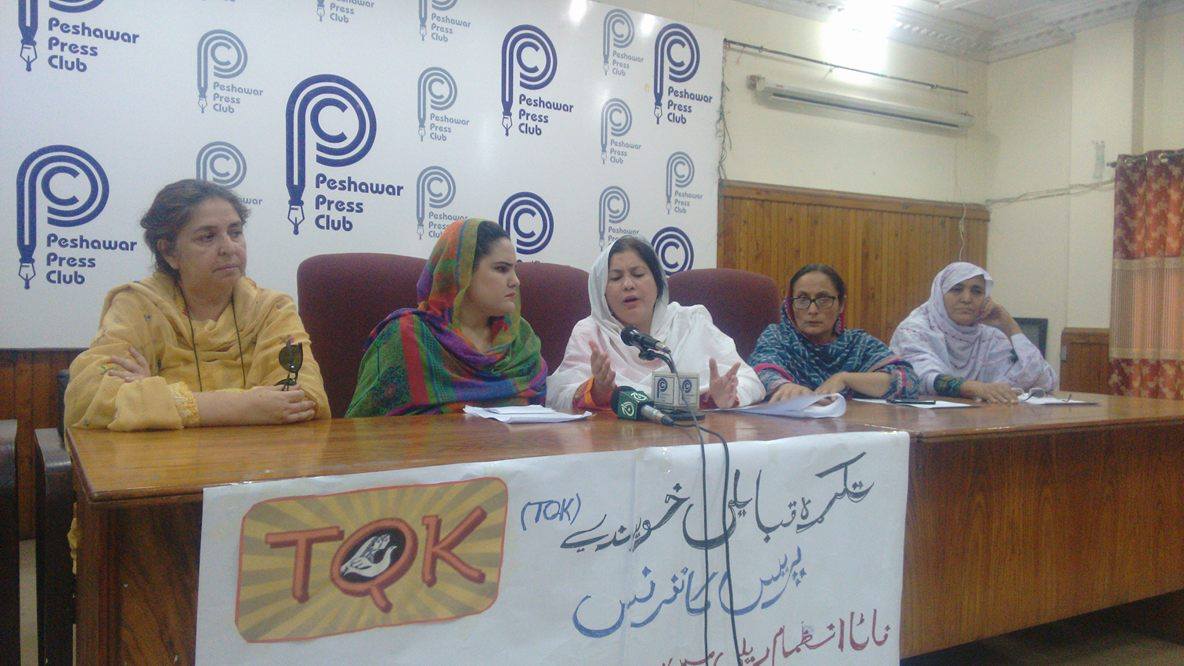 PESHAWAR, 11 October: Office bearers of Takra Qabaili Khwende, a non-governmental organization, on Wednesday asked the federal government to investigate police torture on women during a sit-in in Islamabad for Fata Reforms.

Jamila Gillani said that it was an attack on rights of tribal people and asked Interior Minister Ahsan Iqbal to take action against those responsible for the torture. They asked the federal government to apologise for torturing women who were peacefully protesting for their rights.

They said that the issue would be raised on floors of provincial and national assemblies and in Senate.