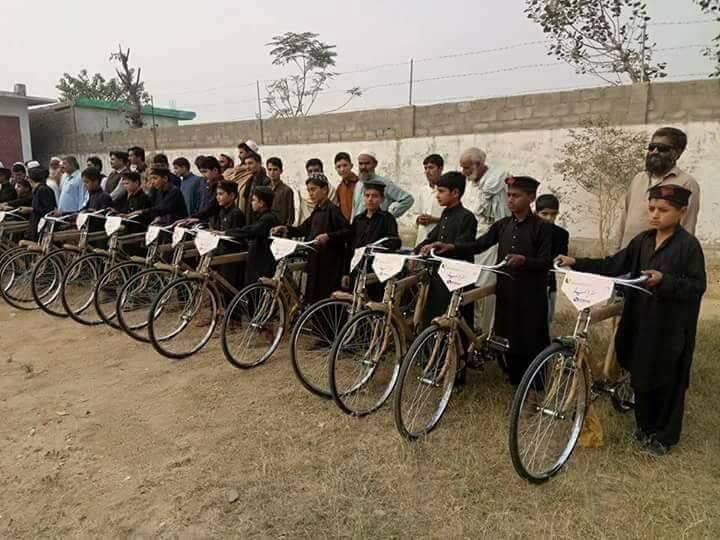 The bicycles were distributed under a project launched by the federal government among students who cover more than three kilometers to reach their schools.

In Swabi, the bicycles were distributed among students of government school in Mian Killi. Executive District Officer Jehangir Khan told Tribal News Network (TNN) students of 15 schools would be given bicycles.