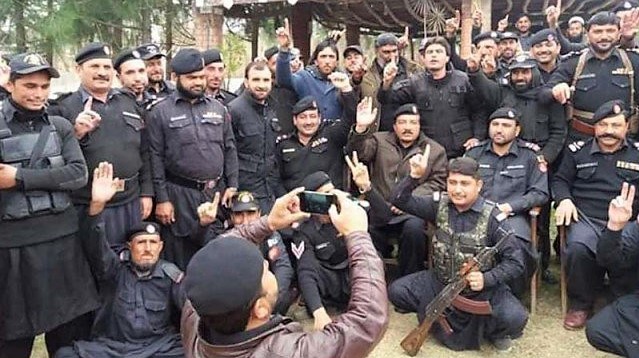 PESHAWAR: The federal government has released an amount of Rs 6 billion to pay the Khasadar forces in the merged tribal districts, while the for infrastructures development amount of 10 billion going to release in next few weeks, revealed the KP Minister for Finance, Taimur Saleem Jhagra, here on Tuesday.

According to the provincial finance minister, the federal government has released the administration funds Rs 12 billion for the merged tribal district various sectors which included Rs 1.2 billion for Khasadar forces salary and related expenses of the paramilitary force.

While for the development projects, Jhagra added, the central government will release the second and third instalments of the funds, which going to received by the government of Khyber Pakhtunkhwa (KP) in the coming few weeks, the provincial finance minister said.

“I am of the view that soon the federal government will release the 36 billion rupees in the net hydel profit heads this year, while the federal government agreed in principle to allocate three per cent of the gross national resources of the country,” Taimur Saleem Jhagra said. “We have also in meeting with the federal minister for finance Asad Umar for availing three per cent of the national gross national resources and hope that we would secure three for FATA in the next financial year budget and also in NFC award,” the minister noted

He also revealed that Prime Minister Imran Khan has directed the federal government to and also the finance department to materialize and sought-out the net Hydel profit and supply of power (electricity) to the newly merged districts.

It is worth to mention here that Khasadar forces salaries and also to get their due share for EX FATA in NFC and national resources are long-lasting issues. As the force personnel believe that despite hard working in a very difficult situation, they aren’t getting enough salaries and other privileges.