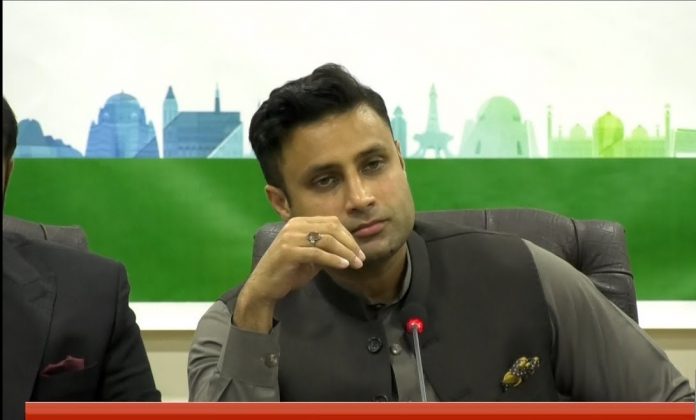 PESHAWAR: To safeguard the interests of Pakistanis living abroad, the federal government has set up the first police station of its kind in the federal capital Islamabad. Syed Zulfi Bukhari, Assistant to Prime Minister will inaugurate the station on Monday.

According to a statement issued, the purpose of setting up a police station is to resolve the issues faced by overseas countrymen and protect their rights. The statement said that most of the issues of Pakistanis living abroad get delayed due to their absence.

Overseas Pakistanis are often faced with land and property problems and this police station is the first in a series which will further be extended to resolve their issues. Zulfiqar Bukhari said that the government is trying to resolve the problems of Pakistanis across the border on a priority basis.

Talking about JUIF Azadi march, Fawad Chaudhry said that the only demand of PML-N and PPP is that Nawaz Sharif and Asif Ali Zardari should be released without a plea bargain but the government wants to give back the money they have looted.

He said that Fazlur Rehman is playing in the hands of Nawaz Sharif and former president Zardari. He added that the PML-N and the PPP do not have their own people, but the JUI has its own seminaries, therefore both the parties are using Maualan Fazl Rehman.

He appealed to the participants to keep the march as peaceful as possible. He alleged that the PPP and the N-League are funding Maulana Fazlur Rehman’s long march against the government.