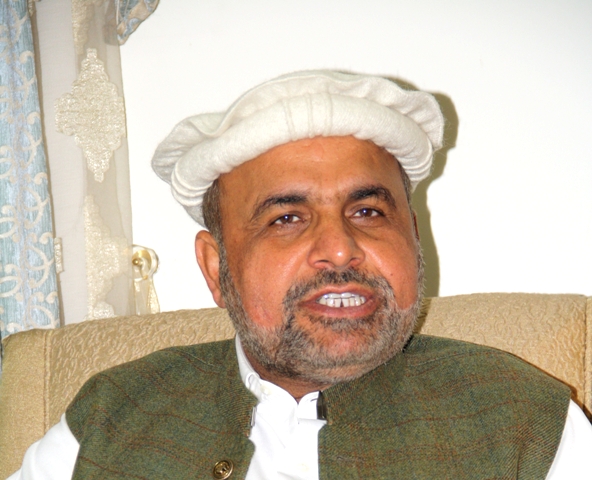 PESHAWAR, 23 August: Member of National Assembly (MNA) Alhaaj Shah Jee Gul has said that the federal government has given a deadline of 10 year to integrate Federally Administered Tribal Areas (FATA) into Khyber Pakhtunkhwa and a strategy has been chalked-out for transition of the region.
This he said while talking to TNN after a meeting of FATA reforms committee held with FATA parliamentarians in Islamabad on Monday.
It is expected that Prime Minister Nawaz Sharif might announce FATA reforms recommended by the committee on September 6, said the MNA adding that with the announcement, Frontier Crimes Regulations (FCR) would be replaced with FATA Good Governance Regulations (FGGR).
Shah Jee Gul said the members of the committee assured them that even FATA merger with KP could take place within five years in case preparations for FATA inclusion in KP are completed prior to the deadline.
He added that FATA reforms bill would soon be presented in the National Assembly for approval.
According the reforms suggested by the committee, jurisdiction of the Supreme Court and Peshawar High Court would also be extended to FATA, Shah Jee said and added that powers of political agents would be reduced and confined to operational matters only.
Under the reforms package, he further said that powers of deciding development works would rest with elected representatives and FATA would receive Rs. 70 billion under NFC Award in accordance with the 18th amendment.
Shah Jee termed the meeting with FATA reforms committee as the historical moment for the people of the region saying for the first time rights of tribal people have been recognized by the federal government since 1901.