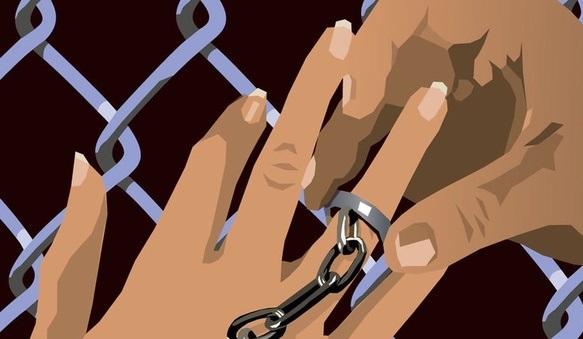 The Federal Shariat Court (FST) has declared the custom of swara, where minor girls are married off in rival family to settle enmities as un-Islamic.

A three member bench, headed by the FST Chief Justice Noor Muhammad Meskenzai while hearing a petition filed by the petitioner Sakeena Bibi stated that giving away females to rival families in marriage to settle disputes and enmities was in contradiction to Islamic teachings.

The petitioner, a concerned citizen, had approached the court stating that the practice of giving away females in marriages to rival families to settle disputes was a violation of human rights. She prayed that it was an injustice to give away females by panchayat and jirga to settle disputes and usually minor females are handed over to aggrieved family.

Dawn newspaper had earlier reported that the court observed, “Ulema had developed a consensus that vani, or swara, was against the teachings of Islam.

In the practice of swara, minor girls from aggressor family are given away as compensation to aggrieved family to settle disputes, involving murder, under the auspices of a jirga.

Women rights activists and legal experts have hailed the FST verdict and said that this decision would provide protection to females.

FST jurist consult Dr Aslam Khaki said that such marriages deprive the females given away in compensation of four basic human rights including right to consenting to marriage, dower, dissolution of a marriage and such women are subjected to discrimination.

Pakistan Peoples Party (PPP) MPA Nighat Orakzai hailed the FST verdict and said that about two years ago Khyber Pakhtunkhwa assembly had passed a unanimous resolution against the practice.

She said that swara was an un-Islamic, unethical and against the Pakhtun traditions. She said that a female given away in swara could neither return to her parents’ home nor allowed to live a respectable live in the husband home.

“It was a grave injustice to make women pay for the crimes of the males,” she said. She said that government needs to promulgate a comprehensive legislation to put an end to this practice.

Khurshid Bano, a women rights activist from Peshawar was also all praise for the FST verdict. She said that it would contribute towards safeguarding women rights.

Ms Bano said that an acquaintance of her was given away in swara eight years back and the female was still looked down up by her in-laws.

Zeeenat Mohib Kakakhel, a Peshawar High Court lawyer said that the FST has declared ‘badl-i-sulah’ was being misconstrued to provide cover for such practices. She said that “badl-i-sulah” only provided for compensation of blood money and did not allowed giving minor girls in compensation.

Regarding legal options for the women married off in swara, she said that such a female could register online FIR. She said that parliament had amended the criminal law in 2004 providing for three to 10 years prison for those giving or receiving a female in swara or similar practices.