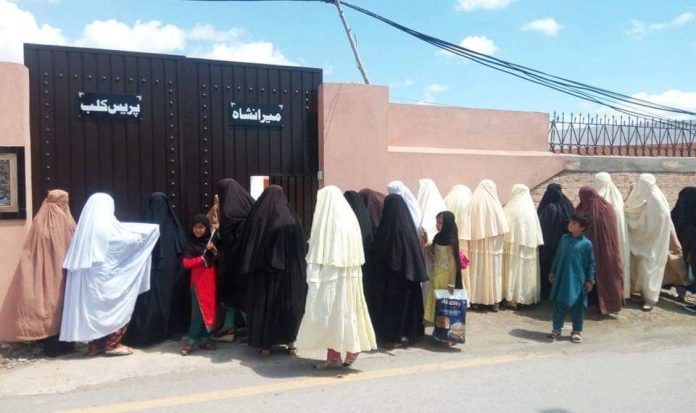 MIRANSHAH: The students attending the FA, FSc examinations in North Waziristan tribal district on Thursday staged protest demonstration outside the Miranshah Press Club against the attitude of a superintendent at an examination hall.

The protesting students further said that several of their friends left the examination hall without completing their paper due to the attitude to the superintendent. They appealed to Khyber Pakhtunkhwa Chief Minister Mehmood Khan and Education Department to take notice of the issue. The students dispersed after staging a peaceful protest outside the press club.

The superintendent was not immediately available for comments on the issue.

The people of Nashpa Banda and surrounding areas of Karak have staged sit-in over low gas pressure in their areas.

The people of Nashpa Banda are now staging sit-in over the issue for the last three days. Local members of the KP Assembly are also participating in the sit-in and they are demanding the government to provide gas to the area and also job opportunities, which is their basic right.

People of Karak stage protests from time to time against low gas pressure and lack of facility in some parts of the district. However, gas theft is also a bone of contention in the area.

Meanwhile, one person was kidnapped from Lakri Banda area of Takht Nastari tehsil.

Armed men kidnapped a person on gunpoint and opened fire on his brother when he offered resistance due to which he was injured. The injured person was taken to hospital, where he succumbed to his injuries.

Police launched search for the accused after the incident. However, no arrest has been made so far.