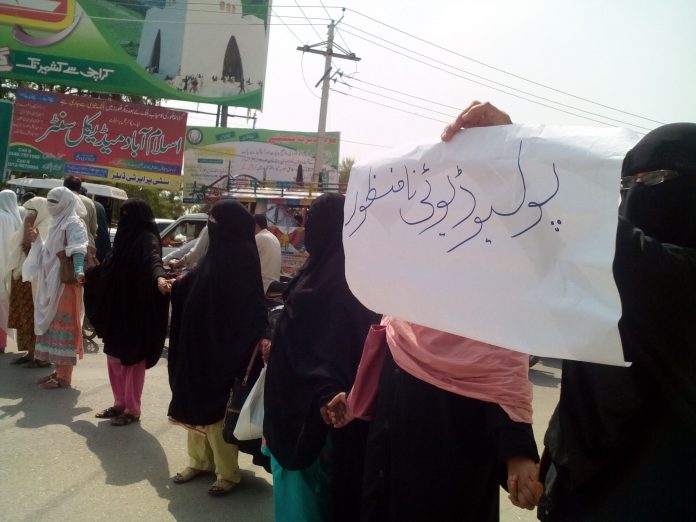 DI KHAN, September 30: Female teachers in Dera Ismail Khan district have protested their suspension because they refused to participate in the polio campaign.

At a rally at GPO Chowk, the protesters said they faced security threats while carrying out the anti-polio campaigns, but that the government had suspended about 15 teachers for not performing polio duty.

“We are teachers. We are supposed to teach children at schools, not to perform duties in polio campaigns,” stated one of the protesting teachers.

Another woman teacher said, “Education of children is affected when we leave schools and participate in polio campaigns.”

When contacted, the deputy commissioner of DI Khan refused to comment on the issue.