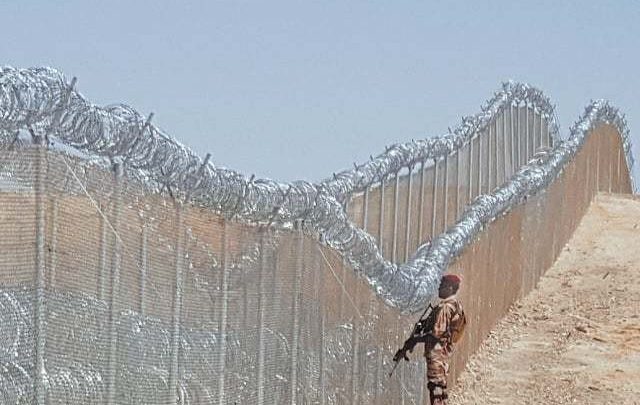 PESHAWAR: Minister for Interior Shaikh Rashid Ahmed says fencing along the Pak-Afghan border would be completed by August 14. He said about 48 percent fencing on the border with Iran has also been completed.

Addressing a news conference in Islamabad on Monday, the minister said thousands of foreigners were living in Pakistan over the last many years without renewal of visa. He asked these foreigners to leave Pakistan before August 14 or get their visas renewed through online application. He said no fine would be imposed on those who apply for the renewal of visa.

Shaikh Rashid said a new policy of verification, renewal and correction was being introduced in NADRA for the computerized national identity cards (CNIC). He said action had been taken against 39 NADRA officials in Karachi for their alleged involvement in issuance of fake CNICs. He said the same action would be initiated in other cities including Lahore and Multan.

The minister said India and Israel have started a hybrid war against Pakistan, and wanted to put a question mark on the data of NADRA.

Shaikh Rashid also asked the opposition parties to refrain from issuing irresponsible and non-parliamentary statements. He asked Nawaz Sharif to return to Pakistan and face corruption cases against him.

Regarding elections in Azad Kashmir, the minister said as he predicted earlier, the PTI could form government without support of any other political party. He said the PPP managed to get two to three more seats by spending huge funds.

Talking about the murder of a former Pakistani diplomat’s 27-year-old daughter Noor Mukadam, he said the name of Zahir Jaffer, the main accused, would be placed on the Exit Control List (ECL). He said his name has already been added to the Provincial National Identification List (PNIL). He said the names of the accused in the Noor Mukadam case would be presented in cabinet this week for inclusion in the ECL. He said he wanted Noor’s killer to be sentenced to death and those involved in such acts.

The minister said the cyber-crime wing of Federal Investigation Agency (FIA) would also be developed on modern lines to improve its performance and efficiency.