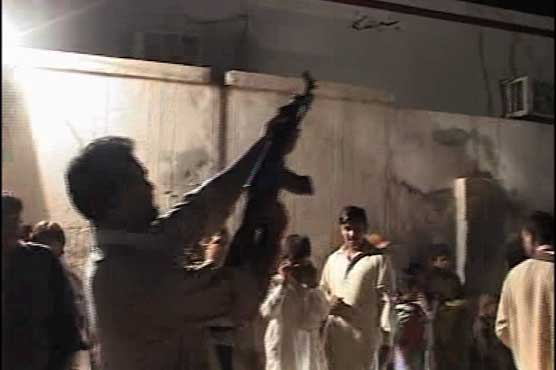 The incident happened in Badha area in the jurisdiction of Saddar Police Station where some guests at the wedding of Ikram resorted to aerial firing. Two persons were hit by bullets when the aerial firing went wrong. They were being taken to hospital, but they died on the way.

The deceased were identified as 21-year-old Aamir Sohail and 22-year-old Muhammad Saeed. No arrest has been made after the incident.

The district police officer said search for those who resorted to aerial firing is continuing and they will be arrested soon.

Aerial firing is banned during wedding and other celebratory functions, but still this ban is violated frequently which often result into untoward consequences.