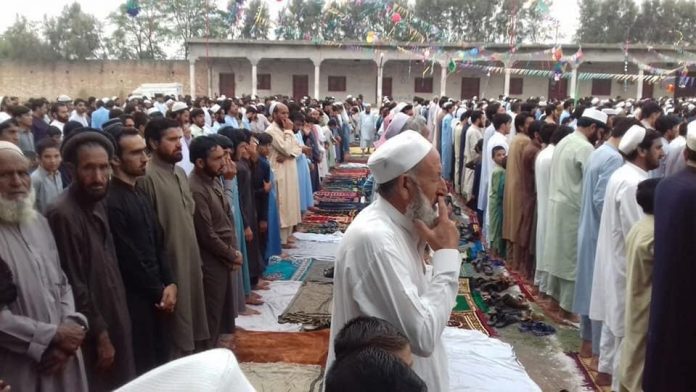 PESHAWAR: People in some parts of Khyber Pakhtunkhwa are observing Eidul Azha today (Sunday) in accordance with the Islamic calendar of Saudi Arabia.

Eidul Azha is being observed in some areas of Mohmand, Bajaur and Khyber tribal districts and in some patches of Peshawar and other districts where people strictly follow the Saudi Arabian calendar. 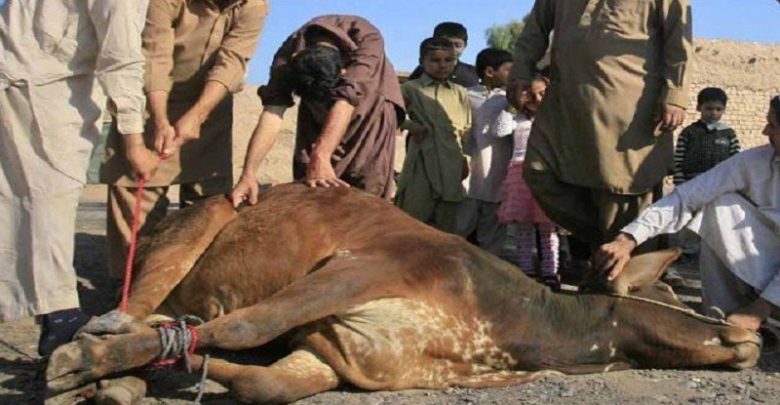 Some people in some villages of Peshawar, who strictly follow the Saudi Arabian calendar, are also observing Eidul Azha today. However, the number of those observing Eid today is very minimal and most of the people in KP will observe Eidul Azha with the federal government this year.

Most of the Afghan refugees in Khyber Pakhtunkhwa are also observing Eid today with Saudi Arabia.

The Central Ruet-e-Hilal Committee has announced that Eidul Azha will be observed in Pakistan tomorrow (Monday). The local moon-sighting committee in Qasim Ali Khan Masjid of Peshawar led by Mufti Shahabuddin Popalzai has also announced Eid on Monday, therefore, most people will celebrate Eid on the same day.

Saudi Arabia and Gulf countries are observing Eidul Azha today. A huge Eid gathering was held in Harmain Sharifain where lakhs of Muslims performed Eid prayer and performed sacrifice after the prayer.

On official level, Eid will be observed in Pakistan tomorrow, and timings of Eid prayer have been fixed at different Eidgahs.

Strict security measures have also been adopted to avoid any untoward incident. On the last day before Eid, the cattle markets in different parts of KP are witnessing huge rush due to which roads have been blocked in several areas, particularly in Peshawar.