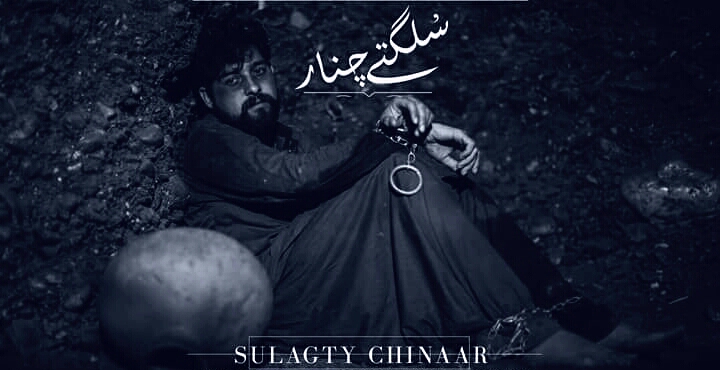 PESHAWAR, 5 September: Sulagtay Chinar, a film on the prevailing situation in Kurram Agency, was released on Monday.

Ahmed Shah, Art Director and main character of the film, says different tragic incidents from 2007 to 2012 in Kurram Agency have been highlighted in the film. He said the film has been made in the rural areas of Parachinar and all the characters of the film also belong to Parachinar.

Mr Shah said the film is about friendship of two boys. He said the two boys are in deep friendship with each other but face countless difficulties due to cultural impediments and prevailing situation in the region. In the climax of the story, one friend sacrifices his life to save the life of his friend.

The film shows that despite law and order issues, the local people have never given up on their mission to excel in the field of education. It shows that the people of the region are peace loving and they are making all possible efforts in this regard.

The film viewers have termed it a very positive movie with a good message.

Shahid Kazmi, a social activist, told TNN that the story is about the prevailing difficult circumstances in Kurram Agency.

“Despite difficult circumstances, people love friendship and they continue their quest for peace which is appreciable. The film gives a message to viewers to rise above parochial prejudice and join their hands for promoting peace in the region,” he said.