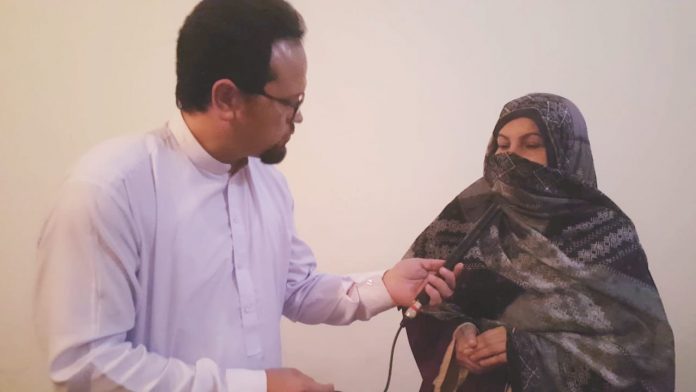 SWAT: Principal of Women Campus of the University of Swat and Head of Botany Department Dr Zakia has lodged a complaint at Kanju Police Station against alleged harassment and threats, but first information report (FIR) has not been filed despite lapse of several days.

Dr Zakia Ahmed alleged that she was continuously harassed by people on important administrative positions in the university in 2019. She said she lodged her first complaint with the vice chancellor of the university on December 27, 2019, but instead of action against the harassers, she started receiving threats and pressure to take back the complaint. She said she once made up her mind to take back her complaint, but just with a minor condition that the harasser must tender a few words of apology, but they refused.

Dr Zakia said she then received an email from a fake ID in which very absurd allegations were hurled against her and other women visiting lecturers. She said the mail was also sent to other people occupying important positions in the university administration. She said it was nothing but a consequence of filing the complaint against harassers in 2019.

The principal of women section said she had a very difficult time since filing of the complaint, but she has decided not to step back after taking a difficult decision no mater she gets support from others or not. She said the matter doesn’t concern to female teachers, but 600 students of the women campus, and punishment to involved persons is must to serve as a lesson for others.

The public relations officer of the university said the mobile phone numbers provided by Dr Zakia belong to persons who are serving on important positions in the university. He said the VC has formed a four-member probe committee, which includes three women and a male professors, to unearth the truth about the whole issue. He said the case has also been referred to the Anti-Harassment Committee of the university and its recommendations will be implemented.

Station House Officer (SHO) of Kanju Police Station Mehboob Alam told TNN that police are checking all the necessary record. He said the services of Federal Investigation Agency (FIA) have also been acquired for checking emails and WhatsApp data.

Social circles in Swat have demanded thorough investigation into the matter to unveil the wrongdoers as such incidents are bringing bad name for the university and society at large.