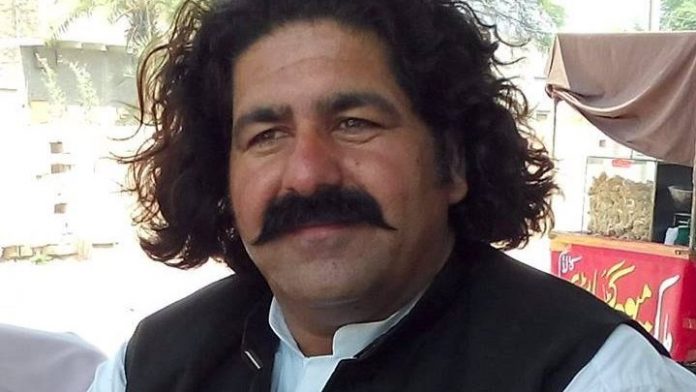 The FIR has been registered on the behalf of District Police Officer Kyfayat Ullah in Mir Ali Police station allegedly for “enticing people to revolt against the state and for protesting and chanting slogans against state and security forces”.

It was alleged in the FIR that the PTM central leadership in their gathering at Tehsil Shawa on May 1 has chanted anti-state slogans with the aim to malign state and its institutions. It was further alleged in the report that their slogans are dangerous for the peace and security of the state and forcing the public to rebel against the state.

District Police Officer (DPO) Kifayatullah registered the FIR claiming to be based on intelligence reports and video evidence of the gathering available with the Police. In the FIR, the DPO also accused the PTM central leader of efforts to lure the public against the Kurram Tangi dam 2.

On the other hand, the PTM leader Ali Wazir has rejected all the allegations levelled against him and eleven others in the FIR.  He claimed that the purpose of their gathering was to listen to the grievances of the public against the construction of the dam and convey it to the government. He maintained that tribal people will negatively affect due to the construction of the dam, that’s why they are in protest for the last several months. Wazir added that the government has not conducted a ‘fair’ survey of the houses and other properties to be inundated by the dam water.

Ali Wazir said, in the gathering, they have asked the state for proper compensation for those whose houses; agriculture land and other properties will come under water.  It pertinent to mention here, before this, FIRs have also been registered against the PTM leadership in Bannu, Karachi, Swabi, North Waziristan and Dera Ismail Khan.