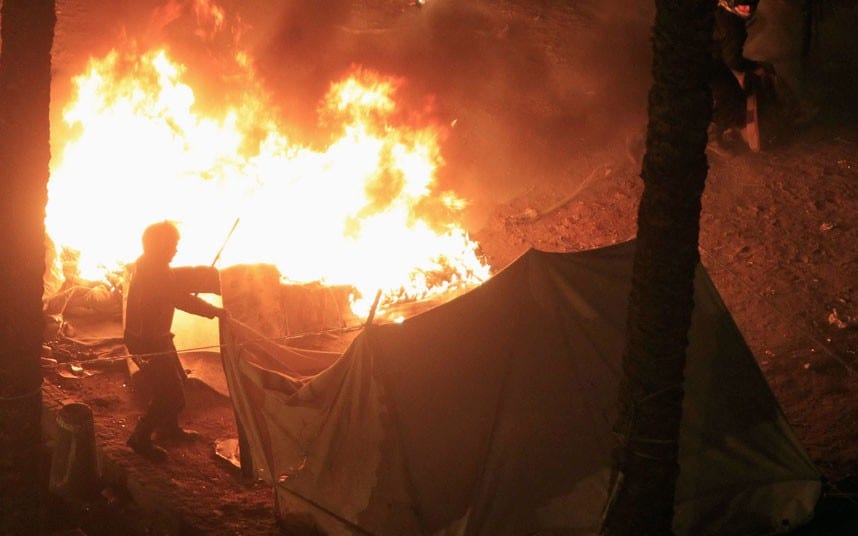 UPPER DIR: Two houses were burnt when fire erupted in Hatan Darra area of Upper Dir due to unknown reasons on Saturday night.

Local sources said fire erupted due to unknown reasons due to which three-storey house of Shahi Malik having 15 rooms was damaged. The house of Munawar having five rooms was also damaged in the fire. The area people said they tried to douse the fire on self-help basis, but the flames were so strong that they were unable to go near to the burning houses. They said they also faced difficulties in the rescue work due to darkness at night time.

Precious belongings in both the houses were badly damaged in the fire. However, fortunately, no life loss was reported. There was no word from the police on the incident till filing of this report.

On 8 December, fire broke out in the remote Atrango Tangi village of Upper Dir that reduced about 20 houses to ashes.

Locals at that time feared that militants might have set the village on fire. They said the small village comprising 20 houses caught fire mysteriously late in the night that engulfed the whole village. However, no loss of life was reported as its inhabitants had shifted to plain areas at the start of winter and there was no one in the houses.

The police, quoting locals, said that some people saw huge flames bellowing from the houses in the night, adding that when they reached, the fire had spread to all houses and burnt them completely. Owners of the houses said that they had no enmity with anyone and informed that a similar incident happened in the past, urging the government to investigate it.

They had also appealed for financial assistance from the government so that they could reconstruct their houses as all of the owners were poor.