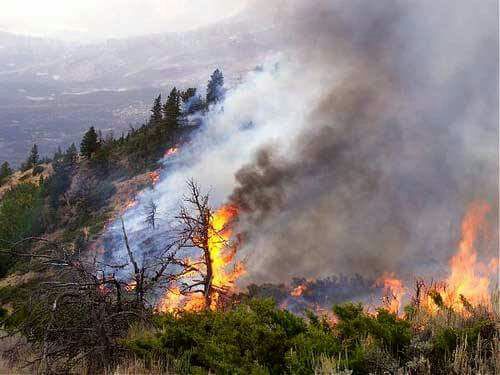 DI KHAN, 21 September: Owners of Pine nuts orchards suffered losses worth million after fire engulfed the three on a mountain on Thursday, the district administration said.

The officials said that fire broke out in the pine nuts orchards in Koh-e-Sulaiman last night due to unknown reasons. The official said that possibly a cigarette might have caused the fire.

The fire was controlled after 12-hour efforts by locals that reduced hundreds of trees to ashes and caused huge financial losses to the owners.

Local residents have criticized the district government for its inability to control the fire and demanded that they should be compensated for their losses.

Assistant political agent Samiullah said that Fire Brigade trucks could not reach the area due to narrow roads.